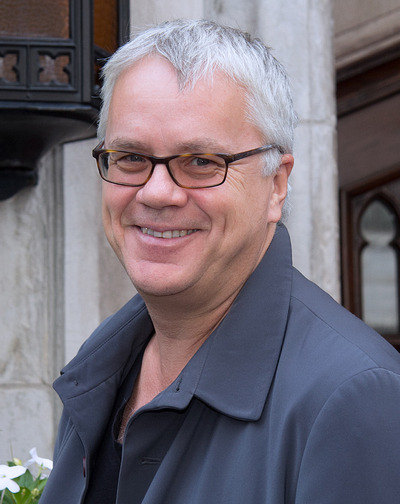 Timothy Francis "Tim" Robbins (born October 16, 1958) is an American actor, screenwriter, director, producer, activist and musician. He is known for his roles as Nuke in Bull Durham, Jacob Singer in Jacob's Ladder, Griffin Mill in The Player, Andy Dufresne in The Shawshank Redemption, and as Dave Boyle in Mystic River, for which he won an Academy Award for Best Supporting Actor.

Robbins was born in West Covina, California, and raised in New York City as a Catholic. He is the son of Mary Robbins (née Bledsoe), an actress, and Gilbert Lee Robbins (1931–2011), a musician, folk singer, actor, and former manager of The Gaslight Cafe. Robbins has two sisters, Adele and Gabrielle, and a brother, David.  He moved to Greenwich Village with his family at a young age, while his father pursued a career as a member of the folk music group, The Highwaymen. Robbins started doing theater at age twelve and joined the drama club at Stuyvesant High School. He spent two years at SUNY Plattsburgh and then returned to California to study at the UCLA Film School.

Robbins's acting career began at Theater for the New City, where he spent his teenage years in their Annual Summer Street Theater and also played the title role in a musical adaptation of Antoine de Saint-Exupéry's The Little Prince. After graduation from college in 1981, Robbins founded the Actors' Gang, an experimental theater group, in Los Angeles with actor friends from his college softball team (including John Cusack).

He received critical acclaim and won the Best Actor Award at Cannes for his starring role as an amoral film executive in Robert Altman's 1992 film The Player. He made his directorial and screenwriting debut with 1992's Bob Roberts, a mockumentary about a right-wing senatorial candidate. Robbins then starred alongside Morgan Freeman in the critically acclaimed The Shawshank Redemption (1994), which was based on Stephen King's short story.

In 1988 Robbins entered into a relationship with actress, Susan Sarandon, whom he met on the set of Bull Durham. They have two sons: John "Jack" Henry (born May 15, 1989) and Miles Guthrie (born May 4, 1992). Robbins, like Sarandon, is a lapsed Catholic, and they both share liberal political views. The end of Robbins' relationship with Sarandon was announced in late December 2009.