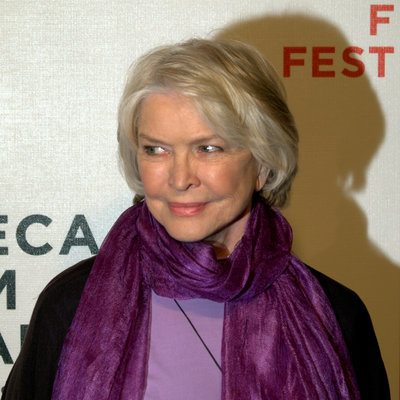 Ellen Burstyn (born December 7, 1932) is an American actress. Her career began in theatre during the late 1950s, and over the next decade included several films and television series.

In 1975, she won the Tony Award for her lead performance in the Broadway production of Same Time, Next Year, and received a Golden Globe Award and a fourth Academy Award nomination for her performance in the 1978 film version of the play.

Burstyn has worked consistently in film, television and theatre since, receiving multiple awards and nominations along the way, including seven additional Golden Globe Award nominations, five Emmy Award nominations (one win), and two more Academy Award for Best Actress nominations for her performances in the films Resurrection (1980) and Requiem for a Dream (2000).

Burstyn is one of the few actresses to have won the Triple Crown of Acting. In 2013, she was inducted into the American Theatre Hall of Fame.

Burstyn was born Edna Rae Gillooly in Detroit, Michigan, the daughter of Correine Marie (née Hamel) and John Austin Gillooly. She has described her ancestry as "Irish, French, Pennsylvania Dutch, a little Canadian Indian." Burstyn has an older brother, Jack and a younger brother, Steve. Her parents divorced when she was young and she and her brother lived with her mother and her stepfather.

She attended Cass Technical High School, a university-preparatory school which allowed students to choose a specific field of study. Burstyn majored in fashion illustration. In high school, she was a cheerleader, a member of the student council and was president of her junior class. She dropped out of high school during her senior year failing her classes. After dropping out of school, Burstyn got a job as a model in a Detroit department store. She later relocated to Dallas where she continued modeling before traveling to New York. From 1955 to 1956, she appeared as an "away we go" girl on The Jackie Gleason Show. Burstyn then decided to become an actress and chose the name "Ellen McRae" as her professional name (she would later change her surname after her marriage to Neil Burstyn in 1964).

Burstyn debuted on Broadway in 1957 and joined Lee Strasberg's The Actors Studio in New York City, New York, in 1967. In 1975, she won a Tony Award for Best Performance by a Leading Actress in a Play for her performance in the comedy Same Time, Next Year (a role she would reprise in the film version in 1978).

In the early to mid-1960s, Burstyn played Dr. Kate Bartok on the NBC television soap opera The Doctors. She worked on several primetime television shows of the 1960s, including guest appearances on Perry Mason, The Real McCoys, The Virginian, Maverick(opposite Robert Colbert as Brent Maverick), Wagon Train, 77 Sunset Strip, Going My Way, The Big Valley, and Gunsmoke.

In 1971, Burstyn received Academy Award nominations for Best Supporting Actress for her role in the drama film The Last Picture Show and for Best Actress in 1973 for the horror film The Exorcist. During the filming of The Exorcist, she injured her coccyx, which led to permanent injury to her spine. She won the Academy Award for Best Actress in 1974 for her performance in the drama Alice Doesn't Live Here Anymore, directed by Martin Scorsese. She also received Best Actress nominations in 1978 for Same Time, Next Year, in 1980 for the drama Resurrection, and for the drama Requiem for a Dream in 2000.

In 1950, she married Bill Alexander, but they were divorced in 1957. The following year, she married Paul Roberts, with whom she adopted a son named Jefferson in 1961; the couple was divorced the same year.

In 1964, she married fellow actor Neil Burstyn, but the union was turbulent. Neil Burstyn was schizophrenic; he would have episodes of violence, and eventually left her. He attempted to come back to her, but she rejected him, ultimately divorcing him in 1972. In her autobiography, Lessons in Becoming Myself, Burstyn revealed that he stalked her over a period of six years after she divorced him. He eventually broke into her house and raped her, but no charges were filed, as spousal rape was not yet legally a crime. He committed suicide in 1978.