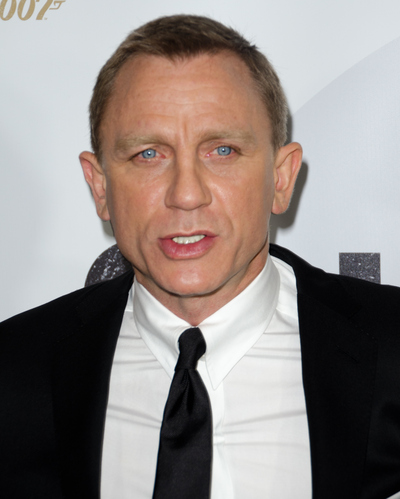 Daniel Wroughton Craig (born 2 March 1968) is an English actor. Cast as the fictional British secret agent James Bond 007 in October 2005, his first film in the role, Casino Royale, was released in theatres worldwide in November 2006. Craig is an alumnus of the National Youth Theatre and graduated from London's Guildhall School of Music and Drama in 1991 beginning his career on stage. His early appearances were in the films Elizabeth, The Power of One and A Kid in King Arthur's Court as well as in the television series Sharpe's Eagle and Zorro.

Craig's appearances in the British films Love Is the Devil, The Trench and Some Voices attracted the industry's attention, leading to roles in bigger productions such as Lara Croft: Tomb Raider, Road to Perdition, Layer Cake and Munich. Craig achieved international fame when chosen as the sixth actor to play the role of James Bond 007 in the official series, replacing Pierce Brosnan. Though he was initially greeted with scepticism, his debut in Casino Royale was highly acclaimed and earned him a BAFTA award nomination, with the film becoming the highest-grossing in the series at the time.

Quantum of Solace followed two years later. Craig's third Bond film,Skyfall, premiered in 2012 and is now the highest-grossing film in the series, as well as the ninth highest-grossing film of all time. Craig's fourth Bond film, Spectre, will premiere in 2015. In 2006, Craig joined the Academy of Motion Picture Arts and Sciences. Since taking the role of Bond, he has continued to appear in other films, most recently starring in the English language adaptation of The Girl with the Dragon Tattoo. Craig made a guest appearance as Bond in the opening ceremony of the London 2012 Olympic Games, alongside Queen Elizabeth II.

Craig was born in Chester, Cheshire, England. His mother, Carol Olivia (née Williams), was an art teacher, and his father, Timothy John Wroughton Craig, was the landlord of the pubs Ring o' Bells in Frodsham and the Boot Inn in Willington, having served as a midshipman in the Merchant Navy. Both of Craig's parents were of part Welsh descent. Craig was raised on the Wirral Peninsula, and attended primary school in Frodsham, and later Holy Trinity Primary School in Hoylake. After failing his Eleven plus, Craig (along with his older sister Lea) attended Hilbre High School in West Kirby.

Upon finishing his compulsory secondary school education at the age of 16, Craig briefly joined Calday Grange Grammar School as a sixth form student. Craig played for Hoylake RFC Rugby Union Club. He began acting in school plays at the age of six, and was introduced to serious acting by attending the Everyman Theatre in nearby Liverpool city centre with his mother. Craig moved to London when he was 16 to join the National Youth Theatre. He attended the Guildhall School of Music and Drama at the Barbican and graduated in 1991 after three years of study under Colin McCormack.

Craig appeared as Joe in the Royal National Theatre's production of Tony Kushner's Angels in America in November 1993. Also in 1993, Craig appeared in an episode of Yorkshire Television's Heartbeat, which aired 31 October 1993. An early starring role was as 'Geordie' in the BBC's 1996 drama Our Friends in the North, with early film roles being as Angelina Jolie's rival and love interest in Lara Croft: Tomb Raider (2001), before appearing in Sam Mendes's movie Road to Perdition (2002), with Tom Hanks and Paul Newman.

In 2005, Craig was contracted by Eon Productions to portray James Bond. He stated he "was aware of the challenges" of the Bond franchise which he considered "a big machine that makes a lot of money". He aimed at bringing more "emotional depth" to the character. Born in 1968, Craig is the first actor to portray James Bond to have been born after the Bond series started, and after the death of Ian Fleming, the novels' writer. Significant controversy followed the decision, as it was doubted if the producers had made the right choice. Throughout the entire production period internet campaigns expressed their dissatisfaction and threatened to boycott the film in protest.

The 5-foot-10-inch (178 cm) blond Craig was not considered by some protesters to fit the tall, dark Bond portrayed by the previous Bond actors, and to which viewers had apparently become accustomed. The Daily Mirror ran a front page news story critical of Craig, with the headline, "The Name's Bland – James Bland". Although the choice of Craig was controversial, numerous actors publicly voiced their support, most notably, four of the five actors who had previously portrayed Bond – Pierce Brosnan, Timothy Dalton, Sean Connery and Roger Moore – called his casting a good decision. George Lazenby has since voiced his approval of Craig also. Clive Owen, who had been linked to the role, also spoke in defence of Craig.

The first film, Casino Royale, premiered 14 November 2006, and grossed a total of US$594,239,066 worldwide, which made it the highest-grossing Bond film until the release of Skyfall. After the film was released, Craig's performance was highly acclaimed. As production of Casino Royale reached its conclusion, producers Michael G. Wilson and Barbara Broccoli announced that pre-production work had already begun on the 22nd Bond film.

Craig describes his portrayal of Bond as an anti-hero: "The question I keep asking myself while playing the role is, 'Am I the good guy or just a bad guy who works for the good side?' Bond's role, after all, is that of an assassin when you come down to it. I have never played a role in which someone's dark side shouldn't be explored. I don't think it should be confusing by the end of the film, but during the film you should be questioning who he is." Craig has stated that his own favourite previous Bond actor is Sean Connery, but says, "I'd never copy somebody else. I would never do an impression of anybody else or try and improve on what they did. That would be a pointless exercise for me." His own favourite Bond film is From Russia with Love. On a James Bond-centric episode of The South Bank Show, Connery divulged his thoughts on Craig's casting as Bond, whom he described as "fantastic, marvelous in the part". When told that Craig had taken particular note of his performances, Connery said that he was "flattered" and that Craig really gets the "danger element" to Bond's character.

In 1992, Craig married actress Fiona Loudon, with whom he had a daughter, Ella. The marriage ended in divorce in 1994. He is a longtime friend of actor Mark Strong and is the godfather of Strong's eldest son.

After his divorce, he was in a seven-year relationship with German actress Heike Makatsch, ending in 2001. He subsequently dated film producer Satsuki Mitchell from 2005 until 2010.

Craig and actress Rachel Weisz had been friends for many years, and worked together on the movie Dream House. They began dating in December 2010 and married on 22 June 2011, in a private New York City ceremony, with just four guests in attendance, including Craig's 18-year-old daughter, Ella, and Weisz's 5-year-old son, Henry.

In October 2008, Craig paid £4 million for an apartment in a converted old house in Primrose Hill near Regent's Park, London. He also has a house in Sunninghill outside Ascot. He is a Liverpool FC supporter, as well as an avid rugby fan and former player, having travelled to Australia in 2013 to watch the British & Irish Lions tour, as well as maintains a good friendship with Irish international fly-half Jonathan Sexton. In 2013, he was given an Aston Martin V12 Vantage Roadster for his 45th birthday by his wife Rachel Weisz. 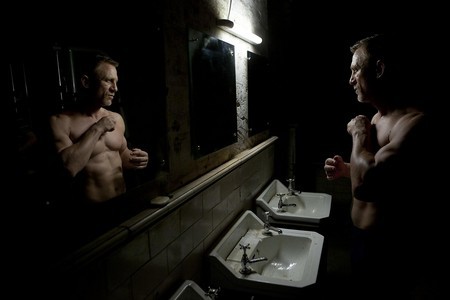 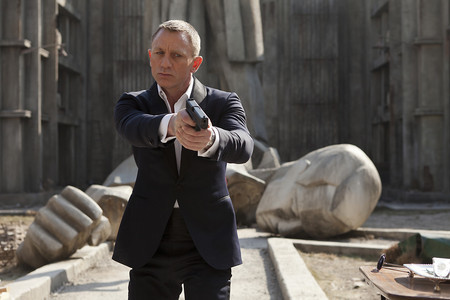 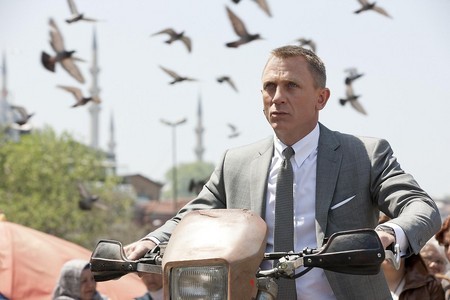 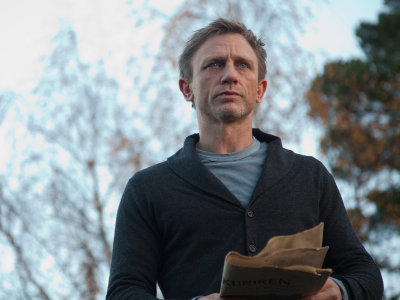 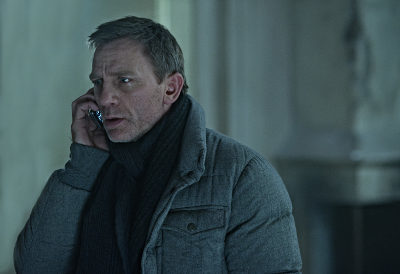