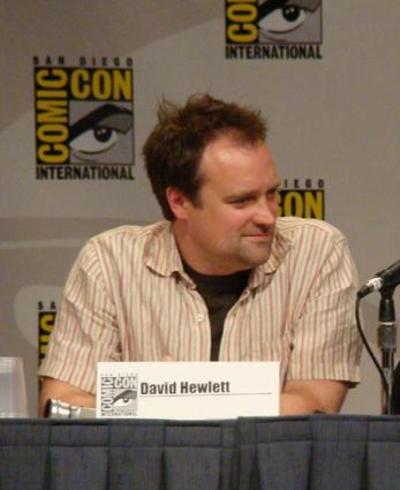 David Ian Hewlett (born 18 April 1968) is an English-Canadian actor best known for his role as Dr. Meredith Rodney McKay on the science fiction television shows Stargate SG1, Stargate Atlantis and Stargate Universe, and his role as David Worth in Cube.

Hewlett was born in Redhill, Surrey, and moved with his family to Canada at an early age. David Hewlett has three younger siblings, Kate Hewlett, played the role of Jeannie Miller, McKay's sister in four episodes of Stargate Atlantis. Kate also appeared as the character Marilyn in Hewlett's directorial debut, A Dog's Breakfast.

Hewlett became a regular on the series Traders and Kung Fu: The Legend Continues and starred in the film Cube.

Before his acting career took off, he ran Darkyl Media, a web site design firm, and also founded Fusefilm.com, a now defunct internet community for filmmakers.

From 2000 until their divorce in 2004, David Hewlett was married to actress Soo Garay. He became engaged to Jane Loughman in late 2006, and on 21 June 2008 David and Jane were wed at Warwick Castle in Warwick, Warwickshire, England. Their son Sebastian Flynn was born in 2007.