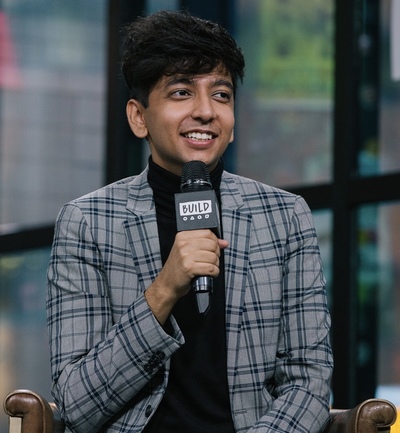 Nik Dodani (born December 19, 1993) is an American actor and comedian. Dodani is best known for his role as Zahid in Atypical, a Netflix original comedy series created by Robia Rashid. Dodani currently stars as Pat Patel in the revival of popular CBS sitcom Murphy Brown, which premiered on September 27, 2018.

In addition to Netflix's Atypical and CBS’s Murphy Brown, Dodani is known for his appearances in TBS’s Angie Tribeca, Comedy Central’s Idiotsitter, Freeform’s Kevin From Work, and NBC’s The Player. He appeared in the Ben Stiller-produced Netflix film Alex Strangelove, Joshua Leonard's independent film, Dark Was The Night, opposite Marisa Tomei and Charlie Plummer, and the Sony Pictures thriller Escape Room.

Dodani also performs stand-up and made his late-night comedy debut on The Late Show with Stephen Colbert on September 28, 2018.

During the 2016 presidential election, Dodani was a producer for MoveOn.org, where he organized a political comedy tour called Laughter Trumps Hate. He previously worked as a communications consultant at RALLY, an issue advocacy firm based in Hollywood, and as a graphic designer and student organizer on Elizabeth Warren’s 2012 Senate campaign. He studied politics at Occidental College.

In October 2018, it was announced that Dodani will write the screenplay for the film adaptation of Rakesh Satyal's novel Blue Boy.

Dodani is of Indian origin. Dodani went to BASIS Scottsdale in Scottsdale, Arizona.