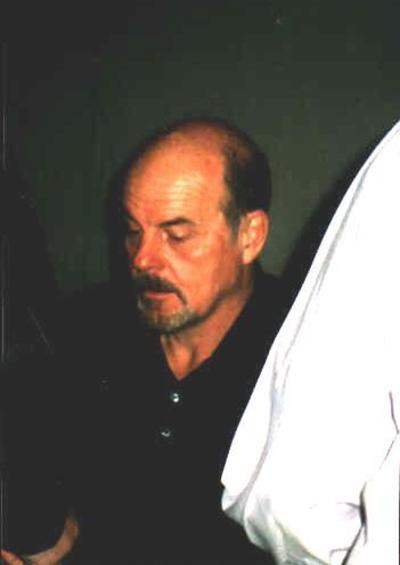 Michael Ironside (born Frederick Reginald Ironside; February 12, 1950) is a Canadian actor. He has also worked as a voice actor, producer, film director, and screenwriter in movie and television series in various Canadian and American productions. He is best known for playing villains and "tough guy" heroes, though he has also portrayed sympathetic characters. Ironside is a method actor, who stays in character between takes.

Ironside was born in Toronto, Ontario, the son of Robert Walter Ironside and Patricia June (Passmore). His father was a street lighting technician and laborer, and his mother a homemaker. He is of English, Irish, and Scottish descent,and is one of 5 children. The house he grew up in was small – 12 1/2 feet wide. Ironside attended the Ontario College of Art in Toronto and wrote a play at the age of 15, The Shelter, which won the first prize in a university contest. He also won the Senior writing award for Riverdale Collegiate Institute in 1967.

In a January 2010 interview, Ironside stated in response to a question about his many roles in science fiction movies that he has always been a big fan of science fiction and often received science fiction short story collections from his grandfather that he kept in a shoebox under his bed. He stated that his favourite science fiction novels are Dune by Frank Herbert and "anything involving adventure."

One of Ironside's first roles was a memorable turn as evil telepath Darryl Revok in Scanners (1981), an early film by David Cronenberg. He appeared as "Miler Crane" in The A-Team episode "Taxicab Wars" (1983). His breakthrough role was as cynical anti-hero Ham Tyler in the television miniseries V: The Final Battle (1984). He is also known for his roles in Top Gun (1986) as Naval Aviator Lieutenant Commander Rick 'Jester' Heatherly, Extreme Prejudice (1987) as Major Paul Hackett, and Total Recall (1990) as Richter (the murderous henchman of Ronny Cox's villain Cohaagen).

He has twice survived cancer – thyroid, then prostate.