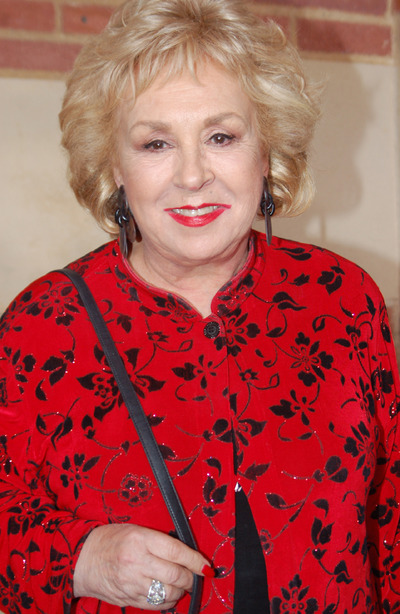 Doris Roberts (née Green; born November 4, 1925) is an American character actress of film, stage, and television. She has received five Emmy Awards during her acting career, which began in 1952. She is perhaps best known for her role as Marie Barone on Everybody Loves Raymond (1996–2005).

Doris May Green was born in St. Louis, Missouri in 1925. Her mother, Ann, who was of Russian Jewish descent, raised her daughter in the New York City borough of the Bronx with the assistance of her own parents, after her husband deserted the family.

Doris' stepfather, whose surname she took as her own, was Chester H. Roberts, whose name is included with Ann and Doris Green in the 1940 census as "lodger". Chester and Ann Roberts operated the Z.L. Rosenfield Agency, a stenographic service catering to playwrights and actors.

In 1961, she made her film debut in Something Wild. She appeared in such 1960s and 1970s cult films as A Lovely Way to Die, No Way to Treat a Lady, The Honeymoon Killers, Such Good Friends, Little Murders, A New Leaf, The Taking of Pelham One Two Three and Hester Street. In 1978, she appeared in a film about John F. Kennedy's assassination, Ruby and Oswald, in which she played Jack Ruby's sister. She also appeared very briefly in The Rose, as the mother of the title character (played by Bette Midler).

Roberts' first husband was Michael Cannata; they divorced in 1962. Their son, Michael Cannata, Jr. (born 1957) is her only child. He serves as her manager. She has three grandchildren: Kelsey, Andrew, and Devon. Her second husband was writer William Goyen. She was married to Goyen from 1963 until his death from leukemia on August 30, 1983.