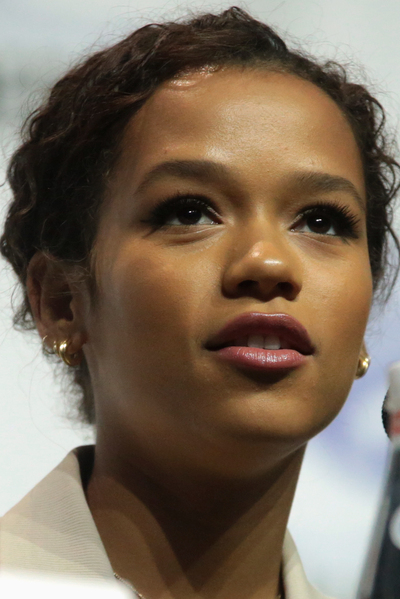 Taylor Russell McKenzie (born July 18, 1994) is a Canadian actress. Her accolades include a Gotham Award, a Marcello Mastroianni Award from the Venice film festival and nominations for two Black Reel Awards, an Independent Spirit Award and a Saturn Award.

In television, Russell has starred as Judy Robinson in the Netflix science fiction series Lost in Space (2018–2021). Her film roles include playing Emily in the critically acclaimed drama Waves (2019), the romantic drama Words on Bathroom Walls (2020), the horror franchise Escape Room (2019–2021), and the romantic horror Bones and All (2022), for which she won the Marcello Mastroianni Award.

Taylor Russell plays the role of Maren Yearly in Bones and All.