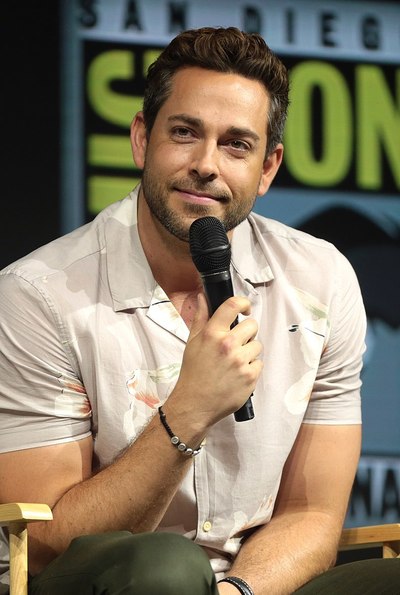 Zachary Levi (born September 29, 1980) is an American actor and singer. He played Chuck Bartowski in the series Chuck and starred as the title character in Warner Bros. Pictures/DC Films' Shazam!, as a part of the DC Extended Universe, for which he received critical acclaim.

Levi starred in the lead role of Georg Nowack in the 2016 Broadway revival of She Loves Me opposite Laura Benanti, for which he received a Tony Award nomination. In 2010, Levi voiced Flynn Rider in the animated film Tangled, in which he performed the duet "I See the Light" with Mandy Moore; the song won a Grammy for Best Song Written for Visual Media. He later reprised the role in the short film Tangled Ever After, and returned to voice Flynn Rider again in a Disney Channel television series based on the film in 2017. He also appeared in films such as Thor: The Dark World, and Thor: Ragnarok as Fandral.

Zachary Levi Pugh was born in Lake Charles, Louisiana, the son of Susan Marie (Hoctor) and Darrell Pugh. He has Welsh ancestry. When Levi was a child, his family moved across several states before finally heading back to their home in Ventura, California, where he attended Buena High School for four years. He began acting on stage at the age of six, performing lead roles in regional productions such as Grease, The Outsiders, Oklahoma!, Oliver!, The Wizard of Oz, and Big River at the Ojai Art Center.

Levi first appeared in the FX television movie Big Shot: Confessions of a Campus Bookie. He played Kipp Steadman on the ABC sitcom Less than Perfect. He also portrayed a potential boyfriend of Charisma Carpenter's character, Jane, in the ABC Family television movie See Jane Date. Levi was slated to be a lead in an ABC pilot called Three for the 2004/2005 television season, but the show was not picked up.

He landed the starring role in Chuck in 2007. Levi and his Chuck co-star Yvonne Strahovski were both nominated for Best Action Actor and Actress Choice TV Series for the Teen Choice Awards 2010 where they both won and presented. In the summer of 2008, Levi was named one of Entertainment Weekly's Top Thirty People Under Thirty. He later starred in the film Alvin and the Chipmunks: The Squeakquel in the lead role as Dave's cousin Toby Seville.  He starred in the 2010 Disney-animated feature film Tangled, which is based on the popular fairy tale Rapunzel. He voices Flynn Rider, a bandit who finds refuge in Rapunzel's tower. He provided narration in the 2011 film Under the Boardwalk: The Monopoly Story, a documentary about the game of Monopoly. Levi hosted the 2011 Spike Video Game Awards.

BuddyTV ranked him #97 on its list of "TV's Sexiest Men of 2011". Levi landed the male lead in the 2012 TV pilot Let It Go, which would have aired on Fox, but was not picked up. Levi hosted the web documentaries Tomb Raider The Final Hours, going behind the scenes of the new Tomb Raider game. He was originally to portray Fandral in Thor, but had to drop out due to scheduling conflicts with Chuck. He did play the role in the sequels, Thor: The Dark World (2013), after original actor Josh Dallas had scheduling conflicts of his own, and Thor: Ragnarok (2017). Levi made his Broadway debut in a production of the musical comedy First Date in August 2013.

In January 2015, it was announced that Levi would be a lead member of the cast of NBC's 13-episode miniseries Heroes Reborn as Luke Collins. The show was not picked up for a second season. He also guest-starred as Abraham Lincoln in the Hulu original series Deadbeat.

In June 2015, it was confirmed that Levi and Mandy Moore, who portrayed Rapunzel in Tangled, would reprise their roles from the film in a new television series based on the film. The animated series, set between Tangled and Tangled Ever After, will air on Disney Channel in 2017.

Levi joined the cast of the Broadway revival of She Loves Me in the lead role of Georg, alongside Laura Benanti as Amalia. It opened at Studio 54 on March 17, 2016 after previews on February 19, 2016 for a limited engagement through June 12. The run was later extended through July 10, when it closed. The production received high critical praise, receiving 5 Stars from The Guardian and was selected as a Critics' Pick for The New York Times. Levi was nominated for a Tony Award for Best Performance by an Actor in a Leading Role in a Musical for his performance. Critics praised Levi's performance of Georg, noting that his portrayal is "suave and handsome at times, disarmingly nebbishy at others," and that he "[exudes] sweet modesty and just a pinch of hauteur". The production had a historic livestreamed performance on June 30, 2016 with Levi and the cast participating in the first livestreamed show in Broadway history.

In 2018, Levi appeared as Dr. Benjamin Ettenberg, a love interest for the main character, Midge, in the second season of The Marvelous Mrs. Maisel. With the series’ other principal cast members, Levi won the Screen Actors Guild (SAG) Award for Ensemble in a Comedy Series at SAG’s January 2019 awards ceremony.

In April 2010, Katharine McPhee released a preview of a music video to cinemas for her single "Terrified". Levi duets with her on the song (which was re-recorded; the original album version features Jason Reeves) and appears in the music video singing with McPhee. On May 3, 2010, the song was previewed on Entertainment Weekly's website and was made available for purchase on iTunes. The full video premiered on May 7, 2010 on the music video website Vevo. Levi financed Kendall Payne's album Grown after she was dropped by her label, Capitol Records.

Levi is featured on the soundtrack of the movie Tangled, singing a duet with co-star Mandy Moore called "I See the Light", as well as being featured in the song "I've Got a Dream". In honor of the Oscar nomination for Best Original Song, Levi and Moore performed "I See the Light" at the 83rd Academy Awards. He has also been a guest member of Band from TV, a band made up of actors from various American television shows.

Levi is a sports car and motorcycle enthusiast and owns a 2009 Nissan GT-R. He is an avid gamer, having first played Super Mario Bros., and appreciates video games now for their ability to provide interactive stories.

In September 2010, Levi started his own company, The Nerd Machine. He was selected as a participant in the Celebrity All Star Game at NBA All Star Weekend 2011. He played for the team coached by Magic Johnson.

On June 16, 2014, Canadian actress Missy Peregrym announced that she and Levi had married in Maui, Hawaii. They filed for divorce in April 2015, with the separation date listed in court documents as December 3, 2014.

Levi was raised a Christian. In a 2002 interview with Relevant Magazine, he said:

My job on my set, I believe, is to first just love people and gain that trust with people where they know that I really do love them and care about their well-being, so that when they are running into problems, they will hopefully, at some point, come to me and ask me, 'What is your peace all about? What is your comfort all about? Where do you get your love? Where do you get your talents?' And I can turn to them and say without blinking, 'Jesus Christ'.

In a 2018 interview with Michael Rosenbaum, Levi said of himself "I'm very spiritual but not particularly religious" and, while avowing a belief in God, said of religion "[religion] is in my opinion very destructive to what I believe the true heart and spirit and essence of a God is." 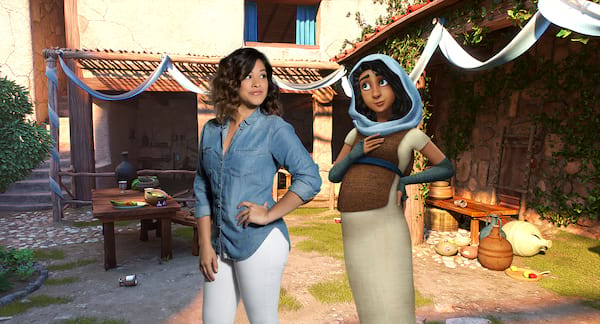 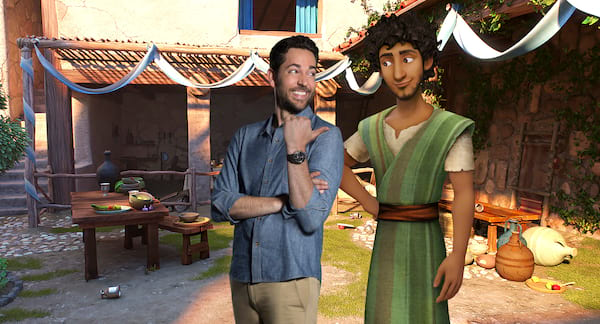 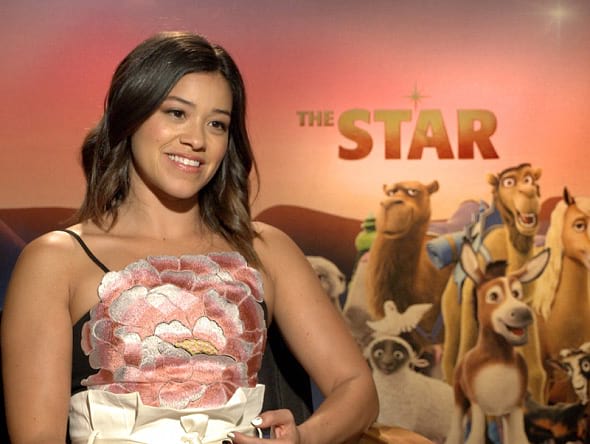 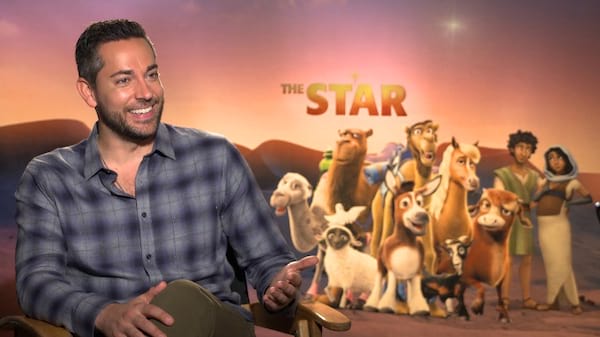