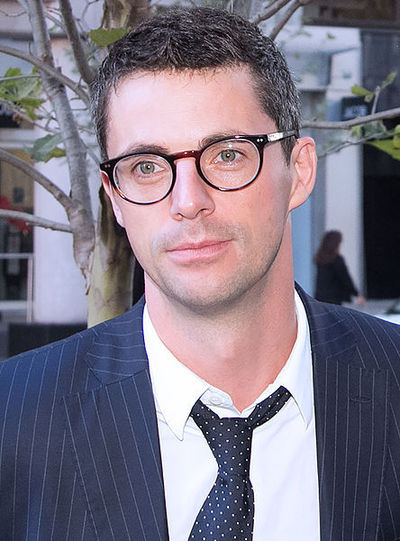 Goode was born in Exeter, Devon. His father is a geologist and his mother, Jennifer, is a nurse and amateur theatre director. Goode is the youngest of five children with a brother, two half brothers, and a half sister, television presenter Sally Meen, from his mother's previous marriage. He grew up in the village of Clyst St. Mary, near Exeter.

Goode was educated at Exeter School, an independent school in Exeter, Devon, followed by the University of Birmingham and London's Webber Douglas Academy of Dramatic Art.

Goode played Peter Lynley, the brother of Inspector Lynley in the BBC production Inspector Lynley Mysteries: A Suitable Vengeance and had parts in the TV movie Confessions of an Ugly Stepsister, based on the Gregory Maguire novel of the same name, and William Shakespeare's play The Tempest. In 2004, Goode made his American film debut opposite Mandy Moore in the romantic comedy Chasing Liberty, as the love interest of Moore's character.

Goode co-starred in Woody Allen's thriller Match Point, opposite Jonathan Rhys Meyers and Scarlett Johansson, Ol Parker's romantic comedy Imagine Me & You, opposite Piper Perabo and Lena Headey, the TV movie My Family and Other Animals, opposite Imelda Staunton, the biographical-musical drama Copying Beethoven, opposite Ed Harris and Diane Kruger, and Scott Frank's crime drama The Lookout opposite Joseph Gordon-Levitt. He had a whimsical take on Brooke Burgess in the BBC miniseries He Knew He Was Right based upon Anthony Trollope's novel of the same name.

Goode has been in a relationship with Sophie Dymoke since 2007. They have two daughters, Matilda Eve (b. April 2009) and Teddie Eleanor Rose Goode (b. September 2013).