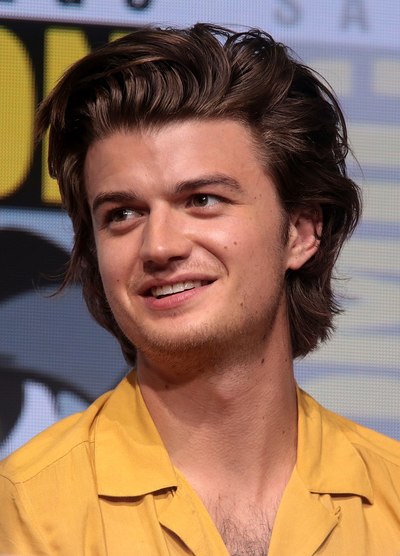 Joseph David Keery (born April 24, 1992) is an actor and musician. He is best known for his role as Steve Harrington in the American science-fiction horror TV series, Stranger Things.

Joe Keery grew up in Newburyport, Massachusetts where he attended Newburyport High School. He is the second of five children and grew up surrounded by sisters. He began acting in high school, performing there initially at his sister's insistence. Keery went on to study at The Theatre School at DePaul University and graduated in 2014.

After graduating from DePaul, Keery went to over a hundred auditions. Before his breakout role in Stranger Things, Keery appeared in a KFC and Domino's commercial and had roles in Empire and Chicago Fire. His first appearance in a full-length film was in Stephen Cone's indie, Henry Gamble's Birthday Party. He was upgraded from recurring cast to a series regular for the second season of Stranger Things, which will premiere in October 2017.

Aside from acting, Keery is also a musician. He is a guitarist/vocalist for Chicago-based garage and psych-rock band Post Animal. Their debut full-length album was released in October 2015.