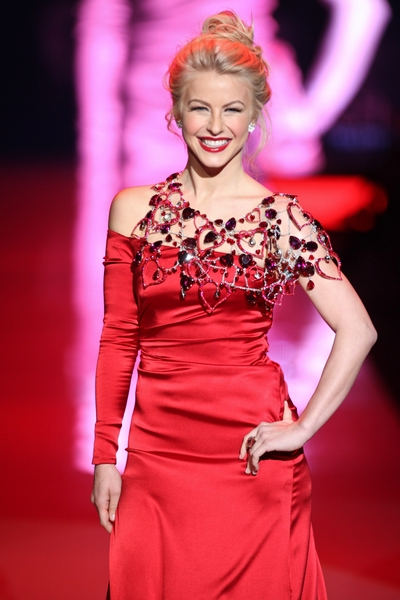 Julianne Alexandra Hough (born July 20, 1988) is an American professional ballroom dancer, country music singer, and actress. She is most widely known for being a two-time professional champion of ABC's Dancing with the Stars. She was nominated for Creative Arts Primetime Emmy in 2007 for outstanding choreography. Hough was signed to Mercury Nashville Records in December 2007. Her self-titled debut album was released May 20, 2008, debuting at No. 1 on the Billboard Country Album chart and No. 3 on the Billboard 200. It sold 67,000 copies its first week, and has sold over 320,000 total copies. On October 12, 2008, she released a holiday album, Sounds of the Season: The Julianne Hough Holiday Collection, which as of January 5, 2009, had sold 157,000 copies. Her first leading role was in the 2011 film remake of Footloose. She also starred in the 2013 drama film, Safe Haven.

Hough was born in Orem, Utah, the youngest of five children in a Latter-day Saint (Mormon) family. Her parents are Marianne and Bruce Hough, who was twice chairman of the Utah Republican Party. Her brother, Derek Hough, is also a professional dancer. She also has three older sisters, Sharee, Marabeth, and Katherine. All four of Hough's grandparents were dancers.

Her formal training began at the Center Stage Performing Arts Studio in Orem, where she danced with Josh Murillo, among others, in Latin Ballroom; she began dancing competitively at nine. In 1999, when she was 10, her divorcing parents sent her and brother Derek to London to live and study with their coaches, Corky and Shirley Ballas. The Ballases helped tutor the two Hough children alongside their own son, Mark. Following in Derek's footsteps, she joined him at the Italia Conti Academy of Theatre Arts when a slot opened up at that school. They received training in song, theatre, gymnastics and many forms of dance, including jazz, ballet, and tap. The three children formed their own pop music trio 2B1G ("2 Boys, 1 Girl") when Hough was 12, performed at dance competitions in the UK and the U.S., and showcased in a UK television show. At 15, Julianne Hough became the youngest dancer, and only American, to win both Junior World Latin Champion and International Latin Youth Champion at the Blackpool Dance Festival. She left London that year, after having been "abused, mentally, physically, everything," she said, a situation that escalated "when I started hitting puberty, when I started becoming a woman and stopped being a little girl. ... I was told if I ever went back to the United States, three things were going to happen. One: I was going to amount to nothing. Two: I was going to work at Whataburger. And three: I was going to end up a slut. So, it was like, I can't go back. I have to be this person." After returning to the U.S. she attended the Las Vegas Academy and Alta High School.

Hough was one of the "Million Dollar Dancers" in the short-lived network television game show Show Me the Money. Hough won the season four of the U.S. edition of Dancing with the Stars with her partner Olympic gold medal-winning speed skater Apolo Ohno, making Hough the youngest professional dancer to win on the program. On November 27, 2007, Hough and her partner, three-time Indianapolis 500 champion Hélio Castroneves, became the winners of season five. Hough returned for season six with radio host/comedian Adam Carolla, but they were eliminated in week four. In July 2008, Hough was nominated at the 60th Primetime Emmy Awards in the category of "Outstanding Choreography" for her Mambo "Para Los Rumberos" (performed with partner Hélio Castroneves) on Dancing with the Stars.

Hough's first country music single "Will You Dance With Me" was released to iTunes and Wal-Mart in May 2007 to raise money for the American Red Cross. The song placed at No. 100 on the Billboard Pop 100 chart. She later signed with Universal Music Group Nashville's Mercury Nashville division. Her self-titled debut album was recorded in Nashville and produced by David Malloy, who has worked with Reba McEntire, Eddie Rabbitt, among others. Hough's album, which met with mixed reviews, debuted at No. 1 on the Top Country Albums chart on May 31, and also peaked at No. 3 on the Billboard 200.

Hough's first acting job was in 2001's Harry Potter and the Philosopher's Stone (released as Harry Potter and the Sorcerer's Stone in the U.S.), the film adaptation of British author J. K. Rowling's bestselling novel. She appeared in an uncredited role as a "Hogwarts schoolgirl". Hough appears in the 2010 musical Burlesque, starring Cher and Christina Aguilera. In the film, which chronicles a small-town girl (Aguilera) who finds success at a Los Angeles burlesque club, Hough plays a dancer named Georgia. 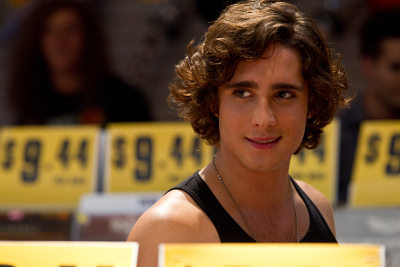 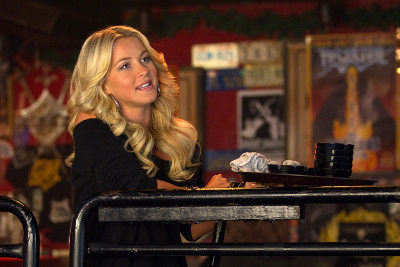