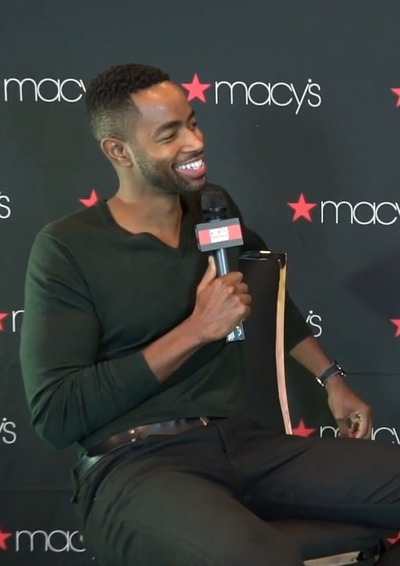 Wendell Ramone "Jay" Ellis Jr. (born December 27, 1981) is an American actor. Born in Sumter, South Carolina, he started with modeling, before moving to Los Angeles and starting his acting career. In 2013, he received his first major role on BET's series The Game. In 2015, he joined the cast of HBO's series Insecure, which premiered in 2016. He also had a lead role in the horror film Escape Room (2019).

Wendell Ramone Ellis Jr. was born on December 27, 1981, in Sumter, South Carolina. His father worked for the Air Force, while his mother worked as a finance executive. He is the only child of the family. He went to 12 schools in 13 years, before attending the Concordia University in Oregon, where he played basketball. Ellis worked as a public relations intern for the Portland Trail Blazers during their infamous "Jail Blazers" era. After completing his internship, Ellis switched his focus to modeling and started working with Portland-based sportswear companies like Nike, Adidas and Columbia Sportswear.

In 2004, he moved to Los Angeles to focus on his acting career. Ellis launched his career as a professional actor in 2005, when he appeared briefly in single episodes of the television series Invasion and Related. In 2011-2012, he made appearances on the series Grey's Anatomy, NCIS and How I Met Your Mother.

His first major acting role was in 2013, starring in BET's series The Game. In August 2015, it was announced that Ellis has joined the cast of HBO's comedy series Insecure, which premiered in October 2016. He plays the role of Lawrence Walker, who has a long-term relationship with main character Issa Dee played by Issa Rae. For his work on the show, Ellis received the Outstanding Supporting Actor in a Comedy Series award at the 49th NAACP Image Awards. In 2017, Ellis partnered with leading HIV/AIDS research organization, amfAR, to help eradicate the staggering rates of HIV cases in the black community.