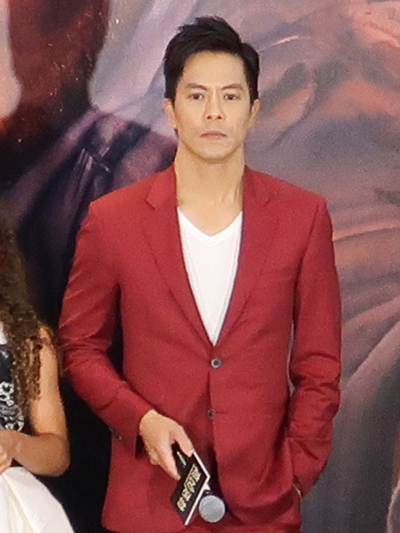 Byron Mann (Chinese: 文峰; pinyin: Wén Fēng; Jyutping: Man4 Fung1) (born August 13, 1967) is a Hong Kong-born American actor in film and television. His roles include Wing Chau in The Big Short, Chang in Hell on Wheels, Ryu in Street Fighter, Silver Lion in The Man with the Iron Fists, Admiral Nguyen in The Expanse, and Yao Fei in the first season of Arrow.

Mann was born as Byron Chan in Hong Kong. He attended the Diocesan Boys' School, an all-boys secondary school in Hong Kong, where he was active in community theatre as both an actor and a writer. After graduating, Byron moved to California to study and received a degree in philosophy at UCLA. After college, Byron attended USC Law School, but took a sabbatical after the first year. Back in Hong Kong, he received an acting role in the NBC Movie TV movie Last Flight Out. He returned to Los Angeles, graduated from USC Law, passed the California bar, and pursued acting full-time.

Mann starred in films such as Red Corner and The Corruptor, and in the television show Dark Angel, and has also co-starred in Catwoman and Invincible. He is best known as Ryu in Street Fighter (starring alongside Jean-Claude Van Damme and Raúl Juliá) and Koh in the manga-based movie Crying Freeman. In 2012, Mann starred alongside Russell Crowe and Lucy Liu in The Man with the Iron Fists, directed by RZA, and presented by Quentin Tarantino. In 2015, Mann appeared in The Big Short, a Paramount Pictures feature film directed by Adam McKay, alongside Brad Pitt, Christian Bale, Ryan Gosling and Steve Carrell. He also was a series regular on AMC's Hell on Wheels, playing the powerful railroad mercenary Chang. In 2018, Mann was a recurring character on Netflix's Altered Carbon.

Mann is interested in sports, especially tennis and golf. He was at one point a top-ranked tennis player, under 16 division, in Hong Kong. He is also a wushu practitioner, displaying his skills in a number of movies including Invincible and Street Fighter.