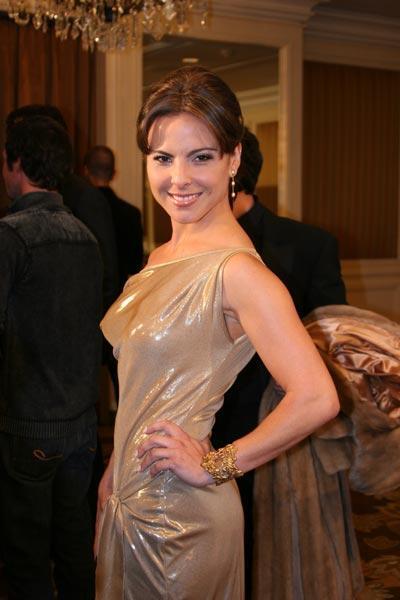 Del Castillo is the daughter of Kate Trillo and Eric del Castillo, a legend of the Mexican cinema's golden era and a former soap opera actor himself. Del Castillo also has two other siblings; a sister Verónica, and a half-brother Ponciano, from her father's side.

She made her acting debut in 1980 when she took part in a film called The Last Escape. She became well known in 1991 when she starred as Leticia in Muchachitas, a telenovela that was very popular all over Latin America. Muchachitas in particular reached the top audience spots in Mexico, Puerto Rico, Venezuela, Peru, and among Hispanic audiences in the United States. She also participated in other very successful telenovelas as a leading actress.

In 2002 and 2003, she embarked on an international tour alongside Argentinian actor Saul Lisazo, another well-known figure in Mexico, with their play Cartas de Amor (Love Letters).

In 2009, del Castillo was appointed Ambassador for the Mexican Commission on Human Rights and the following year she helped launch the Blue Heart Campaign in order to raise awareness and fight human trafficking.

On February 3, 2001, she married football player Luis García. The marriage was dissolved on September 1, 2004. Del Castillo lives in Los Angeles. On August 22, 2005, it was reported by the LAPD that del Castillo's new house, in Los Angeles, had been broken into by thieves, who took some jewelry from the actress. del Castillo was in Los Angeles filming Bordertown, a film about the deaths in Ciudad Juárez, alongside Jennifer Lopez, when the robbery occurred. In August 2009, del Castillo married Aarón Díaz in a Las Vegas ceremony. On July 26, 2011, it was announced that Kate and Díaz were separating.

In an interview with the Cristina Show, Kate mentioned that her favorite band is the English band Duran Duran. She was a good friend with Emma Laura.