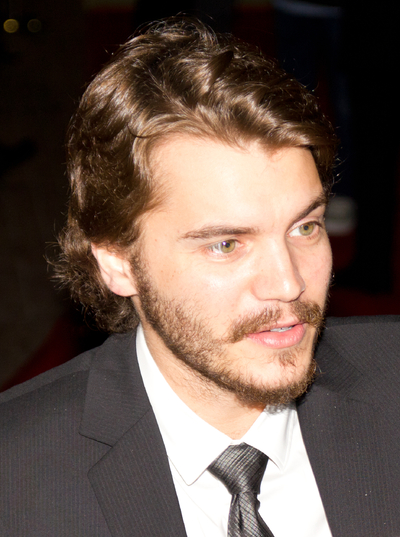 Emile Davenport Hirsch (born March 13, 1985) is an American television and film actor. He began performing in the late 1990s, appearing in several television films and series, and became known as a film actor after roles in Lords of Dogtown, The Emperor's Club, The Girl Next Door, Alpha Dog, and the Sean Penn-directed film Into the Wild. In 2008, Hirsch starred in Speed Racer and Milk. His most recent films include Taking Woodstock, The Darkest Hour, Oliver Stone's Savages, and David Gordon Green's Prince Avalanche, which premiered at the 2013 Sundance Film Festival and co-stars Paul Rudd. He participated in "Summit on the Summit", an expedition to the top of Mount Kilimanjaro to raise awareness of the need for clean water in the world.

Emile Hirsch was born in Topanga, California. His mother, Margaret Esther (née Davenport), is a visual artist and teacher who designed pop-up books, and his father, David M. Hirsch, is an entrepreneur, manager, and producer. He has an older sister, Jenny. Hirsch is of part Jewish descent. He was raised in Los Angeles, California, and Santa Fe, New Mexico, where he lived with his mother for several years after his parents divorced. His sister introduced him to acting when they were enrolled at the Will Geer Theatricum, a summer drama camp in Topanga. He attended Topanga Canyon Elementary School, Paul Revere Middle School and the Academy of Music at Alexander Hamilton High School in Los Angeles.

Hirsch began acting at the age of eight in Woodstock, Illinois, appearing in minor roles on television shows and made-for-television films, including Kindred: the Embraced; Sabrina, the Teenage Witch and NYPD Blue. Following his appearance on NYPD Blue, casting directors began singling him out as a serious young actor, leading to a two-episode guest-starring role on ER. He made his feature film debut with Jodie Foster's 2002 drama, The Dangerous Lives of Altar Boys, where he starred opposite Kieran Culkin in the story of two Catholic school boys. His next feature film role was in the prep school drama, The Emperor's Club, with Kevin Kline, which was released later in 2002. Hirsch's reviews were favorable, and both films received generally positive reviews, but performed only moderately at the box office.