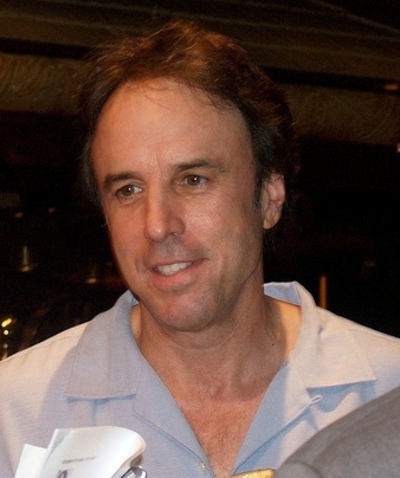 Kevin Nealon (born November 18, 1953) is an American actor and comedian, best known as a cast member on Saturday Night Live from 1986 to 1995, acting in several of the Happy Madison films, for playing Doug Wilson on the Showtime series Weeds, and providing the voice of the title character, Glenn Martin, on Glenn Martin, DDS.

Nealon was born in St. Louis, Missouri, the son of Kathleen and Emmett Nealon, an aircraft company executive. A few months after he was born, the family moved to Bridgeport, Connecticut. He graduated from St. Joseph High School in Trumbull, Connecticut in 1971 and then graduated with a bachelor's degree in marketing from Sacred Heart University (and worked in a variety of part-time jobs while doing stand-up comedy).

Nealon debuted on network television doing a stand-up routine for The Tonight Show Starring Johnny Carson in 1984. In 1986, Saturday Night Live recruited his friend Dana Carvey, and Carvey in turn recommended Nealon. Both joined the cast that year, and Nealon became a full-time performer in the 1987-1988 season, and remained for nine seasons.