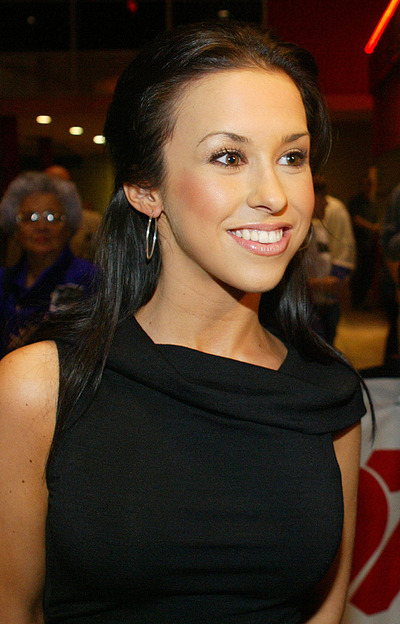 Lacey Nicole Chabert (born September 30, 1982) is an American actress and voice actress. She first gained prominence as a child actress on television for her role as Claudia Salinger in the television drama Party of Five (1994-2000). She has also provided the voice of Eliza Thornberry in The Wild Thornberrys TV show (1998-2004).  In film she has appeared in Lost in Space (1998), Not Another Teen Movie (2001), Daddy Day Care (2003), and as Gretchen Wieners in the movie Mean Girls (2004).

Chabert was born in Purvis, Mississippi, the daughter of Julie (née Johnson) and Tony Chabert. Her father, a French-speaker from Louisiana, is of mostly Cajun descent; he worked as a maintenance operations representative for an oil company. She has a younger brother, and two older sisters. She was "World's Baby Petite" in the "World's Our Little Miss Scholarship Competition" of 1985. In 1992 and 1993 she played Young Cosette in the Broadway production of Les Misérables.

Chabert's first major role was as Claudia Salinger in Party of Five. Chabert made her debut to the big screen in the late 1990s starring as Penny Robinson in the fantasy-space thriller Lost in Space (1998). Since then, she has been the voice of Eliza Thornberry in the animated series The Wild Thornberrys, and has voiced Eliza in two movies, The Wild Thornberrys Movie (2002) and Rugrats Go Wild (2003). She then had a supporting role in the parody film Not Another Teen Movie playing Amanda Becker, a parody of Jennifer Love Hewitt's character Amanda Beckett from Can't Hardly Wait. She provided the voice for Aleu in Balto 2: Wolf Quest (2002) and she provided the voice of Meg Griffin for the first production season of the animated sitcom Family Guy (1999), after which Mila Kunis took over the role after Chabert became busy with school work and her duties on Party of Five.

Chabert, along with with Lindsay Lohan, Rachel McAdams, and Amanda Seyfried, won the 2005 MTV Movie Award for Best On-Screen Team for Mean Girls.

Chabert was featured as cover girl of the January 2007 issue of Maxim.

Chabert lives in Southern California, where she moved with her family in 1994 to begin work on Party of Five.