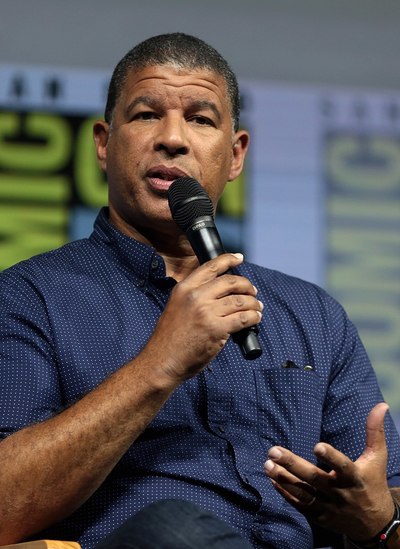 Peter A. Ramsey (born 1962/1963) is an American film director, illustrator and storyboard artist, whose directorial debut was Rise of the Guardians in 2012.

Ramsey grew up in the Crenshaw District of South Los Angeles, and graduated at 17 from Pali High. He studied painting at UCLA for two years before enrolling in film classes at Los Angeles City College.

His first job in Hollywood was painting a mural, but soon he was working as a storyboard artist and production illustrator on 26 films including Predator 2, Backdraft, Independence Day, Fight Club and A.I. Artificial Intelligence. He was a second unit director for Poetic Justice, Higher Learning, Tank Girl and Godzilla. Aron Warner, the producer of Tank Girl, suggested he join DreamWorks Animation. After initially being uninterested, Ramsey joined DreamWorks Animation as a story artist for Shrek the Third and Shrek the Halls.

He directed Rise of the Guardians, based on William Joyce's The Guardians of Childhood books, making him the first African-American to direct a big budget animated feature.