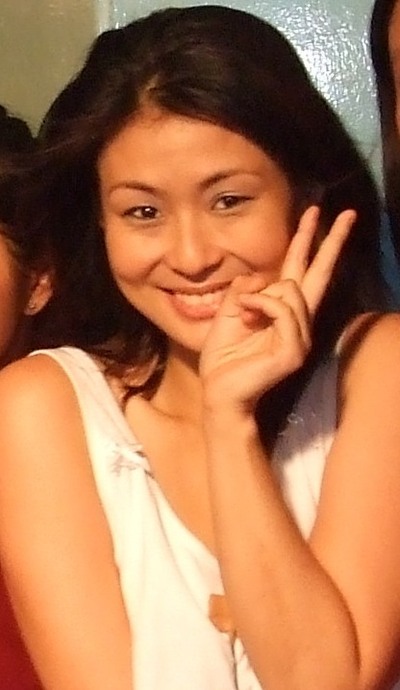 Aileen Iwamoto (岩本アイリーン) popularly known by her screen name Iwa Moto, is a Filipino Japanese actress, model and teen star. She was one of the Final Four in the 3rd season of StarStruck, a reality-based talent search show of GMA Network in the Philippines and finished as first runner up. She is well known for playing "Rita Acuesta" on Kung Mahawi Man Ang Ulap and "Valentina" in Darna.

Aileen Iwamoto is the eldest of the three siblings. Her father, the late Hiroaki Iwamoto (岩本宏明), was Japanese while her mother is Filipina. Her father was diagnosed with liver cancer and died on March 8, 2009.

Moto auditioned for second season of StarStruck but failed to qualify until she has succeeded in audition for the third season in which she ended up as the First Princess along with Gian Carlos as the First Prince. After StarStruck, Moto appeared on SOP Gigsters, Love to Love: Young At Heart and Nuts Entertainment.

In 2008, Moto became the image model of the FHM Philippine standee, making her the third Filipina to hold that title after Asia Agcaoili and Katrina Halili. In September of the same year, Iwa graced the cover of FHM Philippines for the second time. She was a previous covergirl of FHM Singapore.