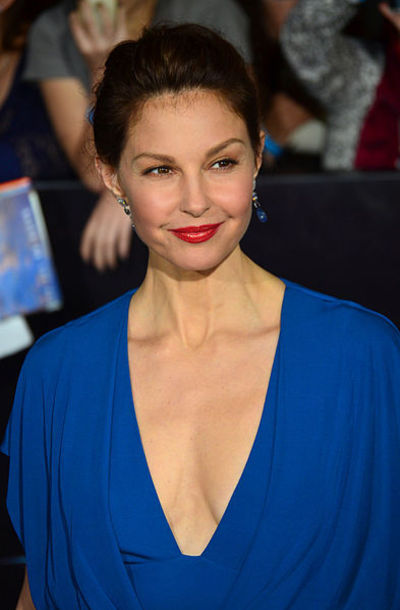 Ashley Judd (born Ashley Tyler Ciminella; April 19, 1968) is an American actress and political activist. She grew up in a family of successful performing artists as the daughter of country music singer Naomi Judd and the sister of Wynonna Judd. While she is best known for an ongoing acting career spanning more than two decades, she has increasingly become involved in global humanitarian efforts and political activism.

Judd has had leading roles in such films as Ruby in Paradise (1993), Norma Jean & Marilyn (1996), Kiss the Girls (1997), Double Jeopardy (1999), Where the Heart Is (2000), High Crimes (2002), Dolphin Tale (2011), Divergent (2014), and Dolphin Tale 2 (2014). She starred as Rebecca Winstone in the 2012 television series Missing, for which she was nominated for a Primetime Emmy Award for Outstanding Lead Actress in a Miniseries or a Movie. In 2010, she received a Mid-Career master's degreein public administration from Harvard's Kennedy School of Government, a one-year degree rather than the two-year MPA.

Ashley was born as Ashley Tyler Ciminella in Granada Hills, California. She is the daughter of Naomi Judd, a country music singer and motivational speaker, and Michael Charles Ciminella, a marketing analyst for the horseracing industry. Ashley's elder half-sister, Wynonna, is also a country music singer. Her paternal grandfather was of Sicilian descent, and her paternal grandmother was a descendant of Mayflower pilgrim William Brewster. At the time of her birth, her mother was unemployed; she did not become well known as a singer until the early 1980s. Judd's parents divorced in 1972. The following year, her mother took her back to her native Kentucky, where Judd spent the majority of her childhood. She also lived in Marin County, California, for two years during grade school.

Judd attended 13 schools before college, including the Sayre School (Lexington, Kentucky), Paul G. Blazer High School (Ashland, Kentucky) and Franklin High School in Tennessee. She briefly tried modeling in Japan during a school break. An alumna of the sorority Kappa Kappa Gamma at the University of Kentucky, she majored in French and minored in anthropology, art history, theater and women's studies. She spent a semester studying in France as part of her major, a move that mirrored her role as Reed in the television series Sisters. She graduated from the UK Honors Program and was nominated to Phi Beta Kappa, but did not graduate with her class. Forgoing her commitment to join the Peace Corps, after college she drove to Hollywood, where she studied with well-respected acting teacher Robert Carnegie at Playhouse West. During this time, she worked as a hostess at The Ivy restaurant and lived in a Malibu rental house, which burned down in 1993. Around that time, her half-sister Wynonna Judd leased her a historic farmhouse and 10 acres of land in Williamson County, Tennessee. She moved to Tennessee and lives near her mother Naomi and sister Wynonna.

Judd appeared as Ensign Robin Lefler, a Starfleet officer, in two 1991 episodes of Star Trek: The Next Generation, "Darmok" and "The Game". From 1991 to 1994, she had a recurring role as Reed, the daughter of Alex (Swoosie Kurtz), on the NBC drama Sisters. She made her feature film debut with a small role in 1992's Kuffs. In 1993 Judd fought for and was cast in her first starring role playing the title character in Victor Nuñez's Sundance Film Festival Grand Jury Prize Dramatic winner Ruby in Paradise. On her way to the audition, she was so nervous about getting a role that she felt defined her life, she nearly wrecked her car. "From the first three sentences, I knew it was written for me", she told the San Jose Mercury News. She received rave reviews playing Ruby Lee Gissing, a young woman trying to make a new life for herself, and it was this performance that would launch her career as an actress. Nuñez told author James L. Dickerson that the resonance of the character was Judd's creation: "The resonance, those moments, was not contrived. It was just a matter of creating the scene and trusting that it was worth telling."

Oliver Stone, who had seen her in Nuñez's film, cast Judd in Natural Born Killers, but her scenes were later cut from the version of the film released theatrically. The following year, she gained further critical acclaim for her role as Harvey Keitel's estranged daughter in Wayne Wang's Smoke and also as Val Kilmer's wife in Michael Mann's Heat. That same year she also played the role of Callie in Philip Ridley's dark, adult fairy tale, The Passion of Darkly Noon. In 1996, she co-starred with Mira Sorvino as Marilyn Monroe in Norma Jean and Marilyn, where she recreated the photo shoot for the centerfold for the first issue of Playboy. By the end of the 1990s, Judd had managed to achieve significant fame and success as a leading actress, after leading roles in several thrillers that performed well at the box office, including Kiss the Girls in 1997 and 1999's Double Jeopardy.

In December 1999, Judd became engaged to Scottish racing driver Dario Franchitti, who was driving in the Champ Car World Series. Since the demise of the Champ Car World Series, Franchitti has raced in IndyCar and NASCAR. The couple married in December 2001 at Skibo Castle. They have no children, with Judd telling the Sunday Mail that "it's unconscionable to breed with the number of children who are starving to death in impoverished countries". They divorced in 2013.

Judd is known to attend University of Kentucky basketball games regularly (frequently sitting in the student section), and has also attended several Kentucky football games. She has been a guest columnist for a local Kentucky newspaper, writing about the NCAA championships. She posed for a poster wearing only an ice hockey jersey for fundraising purposes for the University of Kentucky's hockey team. She is an avid practitioner of yoga and enjoys cooking and gardening.