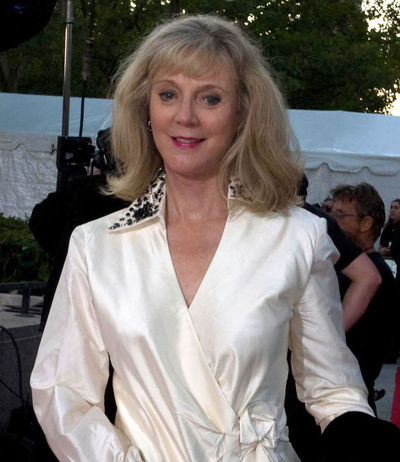 Blythe Katherine Danner (born February 3, 1943) is an American actress. She is the mother of actress Gwyneth Paltrow and director Jake Paltrow.

Danner was born in Philadelphia, Pennsylvania, the daughter of Katharine (née Kile) and Harry Earl Danner, a bank executive. She has a brother, opera singer/actor Harry Danner, a sister, performer-turned-director Dorothy (Dottie) Danner, and a half-brother, violin maker William Moennig. Danner is of part Pennsylvania Dutch ancestry, and one of her great-grandmothers was born in Barbados (a White Barbadian).

A graduate of Bard College, Danner's first roles included the 1967 musical Mata Hari (closed out of town), and the 1968 off-Broadway production, Summertree. Her early Broadway appearances included roles in Cyrano de Bergerac (1968) and The Miser (1969). She won a Best Supporting Actress Tony playing a free-spirited divorcee in Butterflies Are Free (1969).

In 1972, Danner portrayed Martha Jefferson opposite Ken Howard's Thomas Jefferson in the movie version of 1776. Also that same year, she played a cuckolded wife opposite Peter Falk and John Cassavetes in the Columbo episode "Etude in Black".

Her earliest starring film role was opposite Alan Alda in To Kill a Clown (1972). Danner appeared in the episode of M*A*S*H entitled "The More I See You", playing the love interest of Alda's character Hawkeye. She was lawyer Amanda Bonner in television's "Adam's Rib," also opposite Ken Howard as Adam Bonner. She played the role of Zelda Fitzgerald in The Last of the Belles (1974).

Danner is the widow of producer/director Bruce Paltrow, who died from complications of pneumonia while battling oral cancer in 2002, and the mother of actress Gwyneth Paltrow and director Jake Paltrow. Danner first co-starred with her daughter in 1992 in the TV movie Cruel Doubt and then again in the 2003 film Sylvia playing Aurelia Plath, mother to Gwyneth Paltrow's title role as Sylvia Plath.