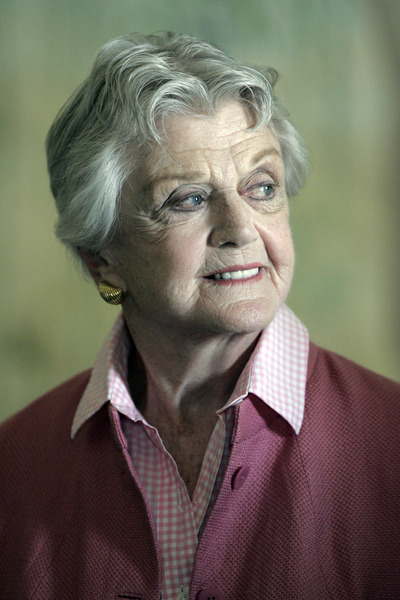 Angela Brigid Lansbury, CBE (born 16 October 1925) is a British-American actress and singer in theatre, television and films. Her career has spanned seven decades and earned an unsurpassed number of performance Tony Awards (tied with Julie Harris and Audra McDonald), with five wins.

Born in East London to actress Moyna MacGill and politician Edgar Lansbury, in 1940 she moved to New York City, where she studied acting. Moving to Hollywood, Los Angeles in 1942, she secured her first cinematic roles, Gaslight (1944) and The Picture of Dorian Gray (1945), earning two Oscar nominations and a Golden Globe Award. She expanded her repertoire to Broadway musicals and television in the 1950s and was particularly successful in Broadway productions of Gypsy, Mameand Sweeney Todd: The Demon Barber of Fleet Street. Among her other films are The Manchurian Candidate (1962), Bedknobs and Broomsticks (1971), Beauty and the Beast (1991), and Anastasia (1997). Lansbury is perhaps best known to modern audiences for her twelve-year run starring as writer and sleuth Jessica Fletcher on the American television series Murder, She Wrote (1984–1996). Her recent roles include Lady Adelaide Stitch in the film Nanny McPhee (2005), Leona Mullen in the 2007 Broadway play Deuce, Madame Arcati in the 2009 Broadway revival of the play Blithe Spirit and Madame Armfeldt in the 2010 Broadway revival of the musical A Little Night Music.

Lansbury has won five Tony Awards, six Golden Globes and has been nominated for numerous other industry awards, including the Academy Award for Best Supporting Actress on three occasions, and various Primetime Emmy Awards on eighteen occasions.

Angela Brigid Lansbury was born to an upper middle class family in Poplar, East London, on 16 October 1925. Her mother was the Irish actress Moyna MacGill, who regularly appeared on stage in the West End and who also starred in several films. Her father was the wealthy English timber merchant and politician Edgar Lansbury, a member of the Communist Party of Great Britain and former mayor of the Metropolitan Borough of Poplar.

When Angela was nine, her father died from stomach cancer; she retreated into playing characters as a coping mechanism. Facing financial difficulty, her mother became engaged to Leckie Forbes, a Scottish military colonel, and moved into his house in Hampstead, with Angela receiving an education at South Hampstead High School from 1934 until 1939. She nevertheless considered herself largely self-educated, learning from books, theater and cinema. She became a self-professed "complete movie maniac", visiting the cinema regularly and imagining herself as certain characters. In 1940 she began studying acting at the Webber Douglas School of Singing and Dramatic Art in Kensington, West London, first appearing onstage as a lady-in-waiting in the school's production of Maxwell Anderson's Mary of Scotland.

That year, Angela's grandfather died, and with the onset of The Blitz, MacGill decided to take Angela, Bruce and Edgar to the United States; Isolde remained in Britain with her new husband, actor Peter Ustinov. MacGill secured a job supervising sixty British children who were being evacuated to North America aboard the Duchess of Athol, arriving in Montreal, Canada, in mid-August. From there, she proceeded by train to New York City, where she was financially sponsored by the Wall Street businessman Charles T. Smith, moving in with a family at East 94th Street. Angela gained a scholarship from the American Theatre Wing allowing her to study at the Feagin School of Drama and Radio, from which she graduated in March 1942, by which time the family had moved to a flat on Morton Street, Greenwich Village.