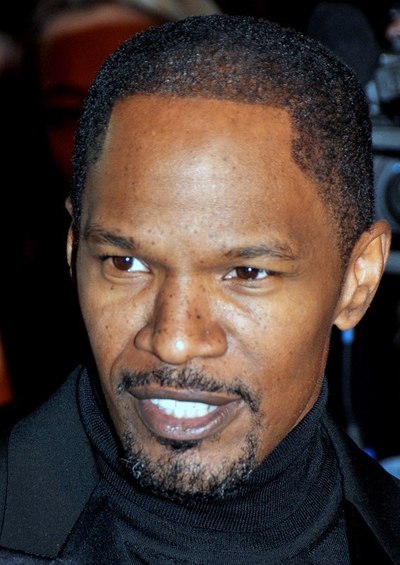 Eric Marlon Bishop (born December 13, 1967), known professionally as Jamie Foxx, is an American actor, stand-up comedian, singer-songwriter, musician, and talk radio host. As an actor, his work in the film Ray earned him the Academy Award and BAFTA Award for Best Actor as well as the Golden Globe Award for Best Actor in a musical or comedy. He is also a Grammy Award winning musician, producing three albums which have charted highly on the Billboard 200: Unpredictable, which topped the chart,Best Night of My Life, and Intuition. In 2012 Foxx starred in the film Django Unchained, and he will star as the villain Electro in The Amazing Spider-Man 2.

Foxx was born Eric Marlon Bishop in Terrell, Texas. He is the son of Louise Annette Talley Dixon and Darrell Bishop; his father sometimes worked as a stockbroker, and changed his name to Shahid Abdula after converting to Islam. Shortly after his birth, Foxx was adopted and raised by his mother's adoptive parents, Esther Marie (Nelson), a domestic worker and nursery operator, and Mark Talley, a yard worker. He has had little contact with his birth parents, who were not part of his upbringing. Foxx was raised in the black quarter of Terrell, at the time a racially segregated community. As a teenager, he was a part-time pianist and choir leader in Terrell's New Hope Baptist Church. with a strict Baptist upbringing.

Foxx began playing the piano when he was five years old. As a second grader, he was so talented in telling jokes that his teacher used him as a reward. If the class behaved, Foxx would tell them jokes. Foxx attended Terrell High School, where he received top grades, played basketball and football as quarterback, and had an ambition to play for the Dallas Cowboys. He was the first player in the school's history to pass for more than 1,000 yards. He also sang in a band called Leather and Lace. After completing high school, Foxx received a scholarship to United States International University, where he studied classical music and composition. He has often acknowledged his grandmother's influence in his life as one of the greatest reasons for his success.

After accepting a girlfriend's dare, Foxx told jokes at a comedy club's open mic night in 1989. When he found that female comedians were often called first to perform, he changed his name to Jamie Foxx, feeling that it was an ambiguous enough name to disallow any biases. He chose his surname as a tribute to comedian Redd Foxx. In addition, his recurrent In Living Color character LaWanda shared names with Redd's friend and co-worker, LaWanda Page.

Foxx joined the cast of In Living Color in 1991 and subsequently played a recurring role in the comedy-drama sitcom Roc. From 1996 to 2001, Foxx starred in his own sitcom The Jamie Foxx Show, and made his film debut in the 1992 comedy Toys. His first dramatic role came in Oliver Stone's 1999 film Any Given Sunday, wherein he portrayed a hard-partying American football player. He was cast in the role, in part, because of his background as a football player.  Following Any Given Sunday, Foxx was featured as taxi driver Max Durocher in the film Collateral alongside Tom Cruise, for which he received outstanding reviews and a nomination for the Academy Award for Best Supporting Actor.

Following these successes, Foxx appeared in Jarhead, Miami Vice, and Dreamgirls, which were box-office hits, and lifted his profile even higher as a bankable star in Hollywood. 2007 brought him the lead role in the film The Kingdom opposite Chris Cooper, Jason Bateman, Jennifer Garner and Ashraf Barhom. In September 2007, Foxx was awarded a star on the Hollywood Walk of Fame. He said, upon receiving the honor, "[it was] one of the most amazing days of my life." 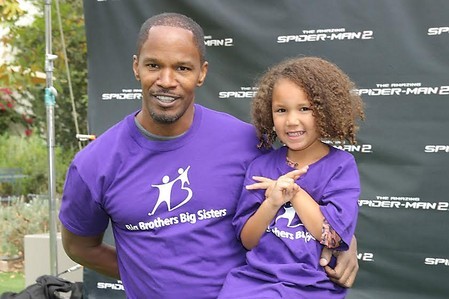 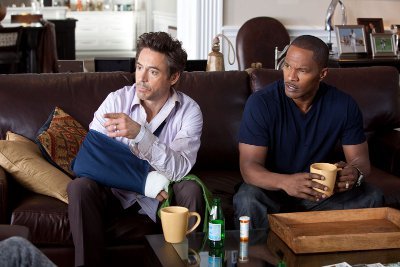