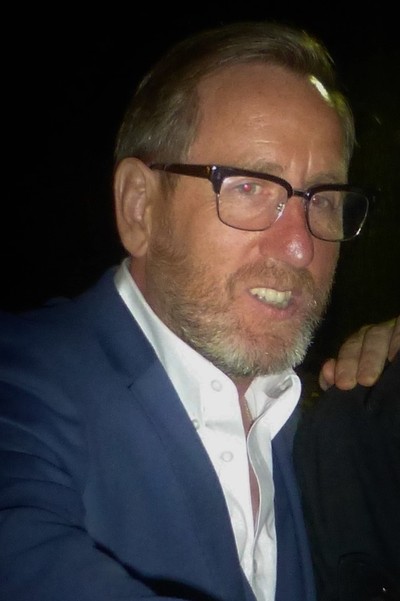 Michael Smiley (born 1963) is a Northern Irish comic and actor who lives in London.

Smiley was born in 1963 in Belfast and grew up in Holywood. He moved to London in his 20s with his wife. He began doing stand-up in 1993, after accepting a bet at an open-mic night. He had worked as a cycle courier (like his character in Spaced) and as an acid house DJ.

He became well known for his role as Tyres O'Flaherty, the bicycle riding raver, in two episodes of the Channel 4 sitcom Spaced, and for his appearances at the Edinburgh Fringe and the Melbourne Comedy Festival. He played Jordan, a former member of the British Army's Parachute Regiment in the 2008 horror film Outpost and as a Tyres-like zombie in Shaun of the Dead.

In 2003, he guest starred in the Doctor Who audio drama Creatures of Beauty. In 2004 he appeared in season 2, episode 4 of Hustle as Max the forger. He also was a small character in episode 2 "The Model" of 15 Storeys High.

He has appeared in all three series of The Maltby Collection on Radio 4 as Des Wainwright, an eccentric security guard who keeps repeating himself and reminding people he was in the SAS. He is playing the part of Benny "Deadhead" Silver in the BBC drama series Luther. In 2010, he had a major role in the film Burke & Hare alongside his Spaced co-stars Simon Pegg and Jessica Hynes.

In 2011, he starred in British horror film Kill List. The film received critical acclaim, and earned him the "Best Supporting Actor" Award at the 2011 British Independent Film Awards.

In 2013, he has appeared in an episode of BBC One's Ripper Street as George Lusk, and the critically acclaimed Channel 4 shows Utopia as Detective Reynolds and Black Mirror as Baxter. He also starred in A Field in England as the main antagonist, the alchemist O'Neill. He also played Roddy in Father Figure. In November 2013 he appeared in the third episode of the BBC Two Mitchell and Webb comedy Ambassadors as Mr Jackson. In 2014, he played Micky Murray in BBC Four's The Life of Rock with Brian Pern.

To coincide with the opening stages of the Giro d'Italia in May 2014, Michael Smiley:Something to Ride Home About was a travelog programme for BBC Northern Ireland, directed by George Kane, featuring Smiley cycling around Northern Ireland and meeting local people. A second series has been commissioned for 2015.

In 2014 Smiley played Colonel Morgan Blue in the Doctor Who episode "Into the Dalek".

Smiley is married to journalist/broadcaster Miranda Sawyer, with whom he has a son and a daughter. The family lives near Brockwell Park in Herne Hill, London. He shared a flat with Simon Pegg and Nick Frost in the 1990s.