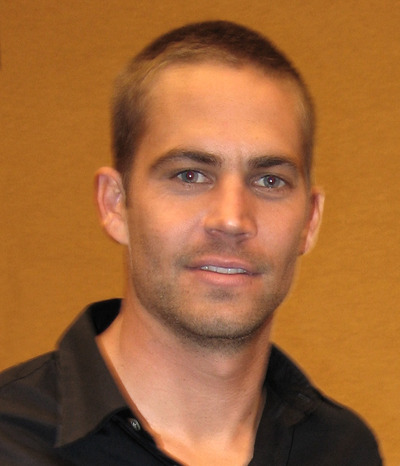 Paul William Walker IV (September 12, 1973 – November 30, 2013) was an American actor. He began his early career guest-starring in several television shows such as The Young and the Restless and Touched by an Angel. Walker gained prominence with breakout roles in coming-of-age and teen films such as She's All That and Varsity Blues. In 2001, Walker gained international fame for playing Brian O'Conner, one of the lead protagonists in the street racing action film The Fast and the Furious, and would reprise the role in its sequels. He was also in films such as Eight Below, Into the Blue, Joy Ride and Takers.

Outside of acting, Walker was the face of The Coty Prestige fragrance brand Davidoff Cool Water for Men and starred in the National Geographic Channel series, Expedition Great White. He also founded his own charity, Reach Out Worldwide (ROWW), an organization providing relief efforts for areas affected by natural disasters.

Walker died in a single-car accident on November 30, 2013 alongside friend Roger Rodas. His films Hours and Brick Mansions were released posthumously and his final film Furious 7 is scheduled to be released on April 3, 2015 in the United States.

Walker was born in Glendale, California and raised in the San Fernando Valley area of Los Angeles County, the son of Cheryl, a fashion model, and Paul Walker III, a sewer contractor. His ancestry includes Irish, English, and German. His paternal grandfather was a professional boxer, “Irish Billy Walker”. He is the oldest of five, having two brothers and two sisters. Walker was raised as a member of the Church of Jesus Christ of Latter-day Saints. He graduated from Village Christian School. After high school, he attended several community colleges, majoring in marine biology.

Walker began his small screen career as a toddler, when he starred in a television commercial for Pampers. He began modeling at the age of two and began working on television shows in 1985, with roles in shows such as Highway to Heaven, Who's the Boss?, The Young and the Restless, and Touched by an Angel. That same year, he starred in a commercial for Showbiz Pizza. Walker's film career began in 1986, with the horror/comedy film Monster in the Closet. In 1987 he appeared in The Retailiator (aka Programmed to Kill), a low budget cyborg action film, with Robert Ginty. He and his sister Ashlie were contestants on a 1988 episode of the game show I'm Telling!; they finished in second place. In 1993 he played Brandon Collins on the CBS soap opera The Young and the Restless. He and his co-star Heather Tom, who played Victoria Newman, were nominated for Outstanding Lead Actor and Actress in a soap opera at the Youth in Film Awards. In 1998, Walker made his feature film debut in the comedy Meet the Deedles, which finally gained him fame. This subsequently led to supporting roles in the movies Pleasantville (1998), Varsity Blues (1999), She's All That (1999), and The Skulls (2000).

In 2001, Walker's breakthrough role arrived when he starred opposite actor Vin Diesel in the successful action film The Fast and the Furious, the first film in the franchise. The film established Walker as a notable film star and leading man and led to his reprisal of the role in the 2003 sequel 2 Fast 2 Furious. He continued his career with leading roles in films such as Joy Ride (2001), Into the Blue (2005), and Timeline (2003); he had a supporting role in Clint Eastwood's adaptation of Flags of Our Fathers (2006).

Walker lived in Santa Barbara with his dogs. He and Rebecca Soteros, a one-time girlfriend, have a daughter named Meadow Walker, who lived with her mother in Hawaii for 13 years and then moved to California to live with Walker in 2011. He previously dated Jasmine Gosnell.

He held a brown belt in Brazilian jiu-jitsu under Ricardo "Franjinha" Miller at Paragon Jiu-Jitsu and was awarded with his black belt by Miller posthumously.

On November 30, 2013, at approximately 3:30 p.m. PST, in Valencia, CA, Walker and friend Roger Rodas, age 38, a pro-am racer who worked as Walker's financial adviser, left an event for Walker's charity Reach Out Worldwide for victims of Typhoon Haiyan in Rodas's red 2005 Porsche Carrera GT. The car crashed into a concrete light pole and two trees on Hercules Street, a 45 miles per hour (72 km/h) speed zone near Kelly Johnson Parkway in Valencia, Santa Clarita, California, after which the vehicle burst into flames. The crash was caught on film by a security camera. Authorities determined that Rodas was driving the car, while Walker was the passenger. The Los Angeles County Sheriff's Department declared both victims dead at the scene. Rodas died of multiple traumatic injuries, while Walker died from the combined effects of traumatic and thermal injuries, according to the Los Angeles county coroner's office. Both of their bodies were burned beyond recognition.

The curve where Walker and Rodas were killed is a popular spot for drifting cars. The coroner's report stated that the 2005 Porsche Carrera GT was traveling at a speed possibly as high as 100 miles per hour (160 km/h) before the crash. The coroner's report further stated that no alcohol or other drugs were found in the systems of either man. Furthermore, it states that there were no hints of technical problems with the car and neither a damaged surface of the street nor parts on the street played a role in the accident. Police investigated as to whether drag racing played a role, but were unable to find evidence of a second car's involvement. A piece of the car was stolen off the tow truck as the wreckage was towed away on a flatbed. Two men, Jameson Brooks Witty and Anthony Janow, were arrested for grand theft. Walker's autopsy showed "scant soot" in his trachea, leading investigators to believe he died before the car caught fire, where Rodas was killed by head, neck, and chest trauma.

In March 2014, further investigation revealed that the speed of the car was the lone reason for the crash. The car was said to be traveling between 80 miles per hour (130 km/h) and 93 miles per hour (150 km/h), and had nine-year-old tires that were seldom driven on.

With Furious 7 in the middle of filming at the time of Walker's death, Universal announced an indeterminate hiatus on the production, citing a desire to speak with his family before determining what to do with the film.

Numerous friends and movie stars have posted tributes to Walker on social media. Two weeks after his death, Walker's ashes were buried in a non-denominational ceremony at Forest Lawn Memorial Park – Hollywood Hills. 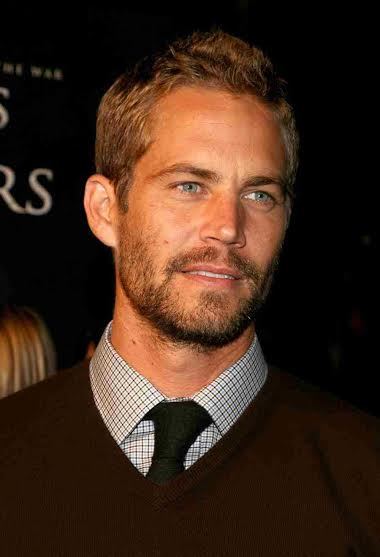