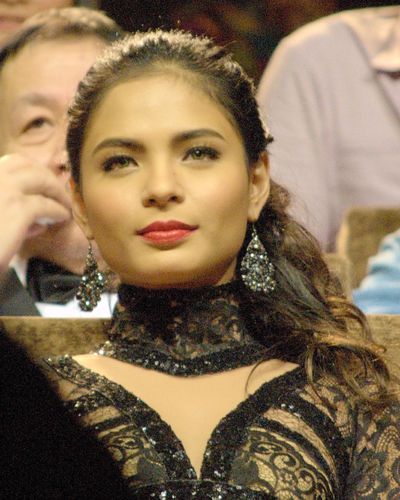 Lourdes Virginia Moran Poe (born February 11, 1989), generally known as Lovi Poe, is a Filipino actress, model, and recording artist. She is the daughter of the late action star Fernando Poe, Jr. Poe is famous for playing the roles of Kristal Maisog in the 2006 series Bakekang and Shiela Real in the 2014 drama series Ang Dalawang Mrs. Real opposite Dingdong Dantes and Maricel Soriano.

She received her very first acting award as Best Actress in the 2010 Cinemalaya Independent Film Festival for her role as Lilibeth in the film Mayohan. The same year, she was also a FAMAS Best Actress awardee for portraying the role of Kath Asero in Sagrada Familia.

Poe is currently an exclusive contract artist of GMA Network.

Poe was born in St. Luke's Medical Center in Manila, to Filipino actors Fernando Poe, Jr. and Agnes Moran. It was in February 2004 when the legendary actor admitted to the public that he has a daughter with the former actress and beauty queen making her and Senator Grace Poe half-sisters.

Poe finished high school at the Colegio San Agustin in Makati where she graduated in 2007. She then later took courses at the International Academy of Management and Economics at Miriam College.

It was in 2006 when Poe was handpicked by an international singing duo named Same Same to perform with them the song "Without You," which is included in the duo's debut album "The Meaning of Happy." She was then first paired with Cogie Domingo in the youth-oriented show Love to Love. Her biggest acting break to date came when she was tapped to play the coveted role of Kristal, whose mother Bakekang, played by Sunshine Dizon pushed her to join show business as an actress in the hit 2006 TV series, Bakekang. Her acting in the series gained critical praise and was named the Best New Female TV Personality in the 21st PMPC Star Awards for Television.

She was also a part of Zaido: Pulis Pangkalawakan as the newspaper journalist who is a friend of a policeman who turned into a superhero among with his other cousins, which is played by Marky Cielo as Alexis Lorenzo or Zaido Green. they played as loveteams in the series. In 2008, she had another biggest break playing her first daring role as Joanna in GMA daytime drama Sine Novela: Kaputol ng Isang Awit which stars Glaiza de Castro, Marky Cielo and Jolo Revilla.

In 2008, Lovi won a New Movie Actress of the Year award for her role in the movie Shake Rattle and Roll 9 in 24th PMPC Star Awards for Movies.

She is part of the Gabby Concepcion 20-city tour which kicked off on August 17, 2008. Her "Bloom" solo concert at Music Museum is set for October 16. Bloom is also the title of her 2nd album under SonyBMG. She is also part of the cast of "Paukay-Ukay" of Regal Entertainment.

In late 2008, Lovi starred in "LaLola" where she worked with Rhian Ramos, Eula Valdez and the late Marky Cielo. In 2009, she was seen in "Ang Babaeng Hinugot Sa Aking Tadyang" where she is paired with Prince Stefan.

In mid-May 2009, Lovi joined TV5's youth-oriented show "Lipgloss" as Princess Ava/Sophia. Her home network GMA-7 previously did not allow her to join the series as per network policy stating their contract talents be exclusive to their network. Her manager, Leo Dominguez defended their move saying that "Lovi does not have an existing contract with GMA". Since then Lovi has not appeared in any of the Kapuso Network's shows. It was also reported that she entertained offers from GMA's rival network ABS-CBN to become a Kapamilya talent after rumored boyfriend Jolo Revilla was named as one of the lead stars of the network's new fantasy series "Agimat". She was strongly considered to be cast as Jolo's leading lady in the series until her manager decided to accept GMA's offer to cast Lovi in the new sitcom Show Me Da Manny. In 2010, she became a regular on the GMA Sunday noontime variety show Party Pilipinas. She was supposed to play a role in the action-adventure series Panday Kids but eventually left the project, as she no longer liked her role. In July 2010, she appeared in the independent film Mayohan for which she won her first acting award, the Cinemalaya Independent Film Festival Award for Best Actress. 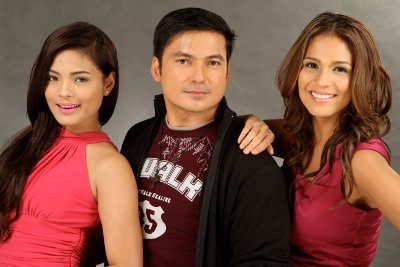 Lovi Stars With Gabby Concepcion In 'The White House'