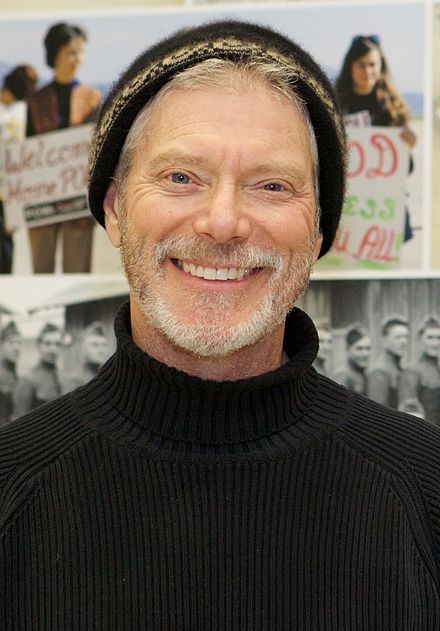 Stephen Lang (born July 11, 1952) is a Tony Award-nominated American actor and playwright. He started in Broadway theatre but is more widely known for his film roles in Gods and Generals (2003) and Avatar (2009).

Lang was born in New York City, the youngest child of Theresa (née Volmer, dec. 2008) and Eugene Lang, a prominent entrepreneur and philanthropist.[1] He has two elder siblings - Jane, an attorney and activist, and David, who served as an executive at REFAC, the company Eugene founded in 1952. Lang's father has donated much of his net worth (in excess of $150 million) to charity and will not leave an inheritance to his children, believing they each needed to learn to become self-sufficient. Lang's mother was of Irish Catholic descent, and his father is Jewish (Lang's paternal grandparents were immigrants from Hungary).

Lang attended school in Jamaica Estates, Queens. For high school, he attended George School, a Quaker boarding school in Newtown, PA. He graduated from Swarthmore College in 1973 with a degree in English Literature; on May 30, 2010, Swarthmore awarded him an Honorary Degree from College in recognition of his distinguished career in theatre, television, and film. His youngest son, Noah, received his bachelor's degree during the same ceremony. He also holds an Honorary Doctorate in Humane Letters from Jacksonville University and was an artist in residence at Northeastern University in 2011.

Lang has been married to Kristina Watson, a costume designer and teacher, since June 1, 1980. They have four children.

Lang played Harold (Happy) Loman in the 1984 Broadway revival of Death of a Salesman and the 1985 television film with Dustin Hoffman as Willy Loman, and appeared in the first Hannibal Lecter film Manhunter (1986), as reporter Freddy Lounds.[9] He played attorney David Abrams in the television series Crime Story (1986–88). He played the title role in the NBC movie Babe Ruth (1991). He later played the "One Armed Man" in the 2000 revival of The Fugitive starring Tim Daly. The series was a modest success but lasted only one season because of its large production budget.

In 1992, he was nominated for a Tony Award for his lead role in The Speed of Darkness. His film role in Last Exit to Brooklyn (1989) garnered him widespread critical acclaim, but its limited release prevented the film from reaching a wider audience. On stage, he was the first to play the role of Colonel Nathan Jessup in A Few Good Men, a role made famous on film (1992) by Jack Nicholson. He is the winner of over half a dozen theatre awards including the Drama Desk and Helen Hayes awards.

In films, he played Maj. Gen. George E. Pickett in Gettysburg (1993) and as the lead role of Thomas "Stonewall" Jackson in the Gettysburg prequel Gods and Generals (2003), both from director Ronald F. Maxwell. He considers Gods and Generals to be his finest performance. Arguably, his most famous film role, before Avatar, was his portrayal of the villainous Ike Clanton in the successful Western Tombstone (1993) with Kurt Russell and Val Kilmer.

Shortly before Arthur Miller's death in February 2005, Lang appeared in his long-time friend's last play, titled Finishing the Picture. It premiered in 2004 at Chicago's Goodman Theatre, where Lang had the second run of his own play Beyond Glory, which had premiered in Arlington, Virginia, early in 2004, and his Tony-nominated portrayal for The Speed of Darkness. Lang also performed Beyond Glory, a one-man show, for troops deployed overseas. In 2006, he played the role of Colonel Littlefield in John Patrick Shanley's play Defiance. He brought Beyond Glory to Roundabout's Off-Broadway Laura Pels Theatre in 2007. Since its New York City premiere, Beyond Glory has been nominated for a Drama Desk Award and a Lucille Lortel Award both for outstanding solo performance.

Lang has a role in the ESPN mini-series The Bronx is Burning, as well as roles in independent features Save Me and From Mexico With Love. He plays a lead role in James Cameron's sci-fi epic Avatar as the villainous Colonel Quaritch.

Lang has been confirmed as reprising his role as Colonel Miles Quaritch in the upcoming sequels to Avatar.