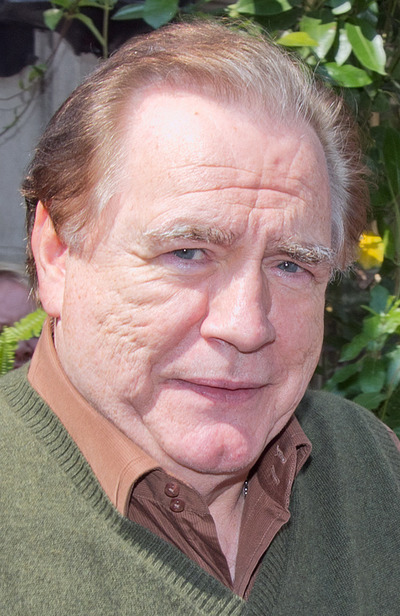 Brian Denis Cox, CBE (born 1 June 1946) is a Scottish actor. He is known for his work with the Royal Shakespeare Company, where he gained recognition for his portrayal of King Lear. He has also appeared in many Hollywood productions playing parts such as Dr. Guggenheim in Rushmore, William Stryker in X2: X-Men United and Agamemnon in Troy. He was the first actor to portray Hannibal Lecter on film in the 1986 production Manhunter.

Cox was born to a working class Roman Catholic family in Dundee, Angus, Scotland, the youngest of five children. He is a descendant of Irish immigrants to Scotland. His mother, Mary Ann Guillerline (née McCann), was a spinner who worked in the jute mills and suffered several nervous breakdowns during Cox's childhood. His father, Charles McArdle Campbell Cox, was a butcher and later a shopkeeper, and died when Cox was eight years old. Cox was subsequently brought up by his four elder sisters. He joined the Dundee Repertory Theatre at the age of 14.

Cox was trained at the London Academy of Music and Dramatic Art, leaving in 1965 when he joined the Lyceum company in Edinburgh, followed in 1966 by two years with the Birmingham Rep, where his parts included the title role in Peer Gynt (1967) and Orlando in As You Like It, in which he made his London début in June 1967 at the Vaudeville Theatre.

He made his first television appearance in an episode of The Wednesday Play in 1965 and made one-off appearances in several other TV series before taking a lead role in The Year of the Sex Olympics in 1968.

He is divorced from his first wife Caroline Burt. The couple had stillborn twins, before having two children: son Alan Cox is also an actor, best known for his roles in Young Sherlock Holmes, and playing the young John Mortimer in the television film of his play A Voyage Round My Father (1982) opposite Laurence Olivier and daughter Margaret.

Brian married his second wife, actress Nicole Ansari, in 2002. The couple have two boys and live in New York City. Cox retains a home in Edinburgh.