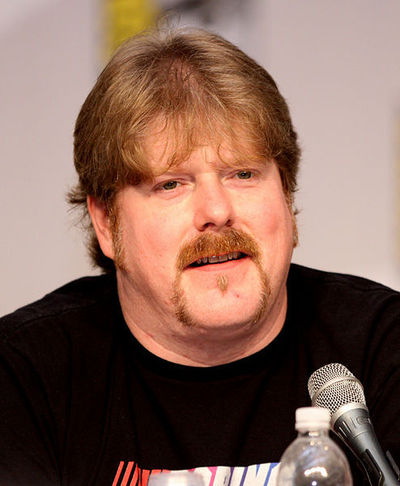 John William DiMaggio (born September 4, 1968) is an American voice actor, occasional television actor and comedian, best known for his work as Bender from the television show Futurama, Jake the Dog on Adventure Time,Wakka & Kimahri from Final Fantasy X, Smiling Jack from theVampire: The Masquerade – Bloodlines game, Marcus Fenix from the Gears of War video game series, Rico in the Madagascar films and spin-off series Penguins of Madagascar and Dr. Drakken from Kim Possible.

He is known for his role as Bender on Futurama, as well as playing such roles as Marcus Fenix in the Gears of War franchise, Dr. Drakken on Kim Possible, Jake the Dog on Adventure Time, and Niblet on Pound Puppies (2010). DiMaggio is a former comedian, appearing on stage as part of a comic duo named "Red Johnny and the Round Guy" and has several on-screen credits, such as Steve Ballmer in Pirates of Silicon Valley (the docudrama about the history of Apple Computers and Microsoft) and as the recurring character Dr. Sean Underhill on Chicago Hope.