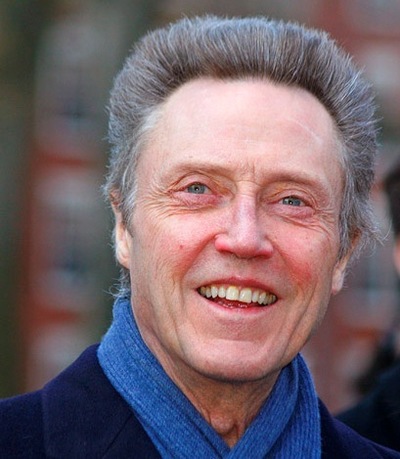 Christopher Walken (born Ronald Walken; March 31, 1943) is an American actor who has appeared in more than 100 films and television shows, including Annie Hall (1977), The Deer Hunter (1978), The Dogs of War (1980), The Dead Zone (1983), A View to a Kill (1985), Batman Returns (1992), True Romance (1993), Pulp Fiction (1994), Sleepy Hollow (1999), Catch Me If You Can (2002), Hairspray (2007), Seven Psychopaths (2012), and the first three Prophecy films, as well as music videos by many popular recording artists. Walken has received a number of awards and nominations during his career, including winning the Academy Award for Best Supporting Actor for his portrayal of Nikanor "Nick" Chebotarevich in The Deer Hunter. He was nominated for the same award, and won BAFTA and Screen Actors Guild Awards, for his performance as Frank Abagnale, Sr. in Catch Me If You Can.

Walken's films have grossed more than $1 billion in the United States. He has also played the lead in the Shakespeare plays Hamlet, Macbeth, Romeo and Juliet, and Coriolanus. He is a popular guest-host of Saturday Night Live, having hosted seven times as of April 2008. His most notable roles on the show include record producer Bruce Dickinson in the "More Cowbell" sketch, the double-entendre-named disgraced Confederate officer Colonel Angus, and, in multiple appearances, The Continental.

Walken debuted as a film director and scriptwriter with the short film Popcorn Shrimp in 2001. He also wrote and acted the main role in a play about his idol Elvis Presley titled Him in 1995.

Influenced by their mother's own dreams of stardom, he and his brothers, Kenneth and Glenn, were child actors on television in the 1950s. At age 15, when a girl friend showed him a magazine photo of Elvis, Walken said, "This guy looked like a Greek god. Then I saw him on television. I loved everything about him." He changed his hairstyle to imitate Elvis and hasn't changed it since. (Robert Schnakenberg, "Christopher Walken A to Z", 2008) As a teenager, he worked as a lion tamer in a circus. Walken went to Hofstra University but dropped out after one year, having gotten the role of Clayton Dutch Miller in an Off-Broadway revival of Best Foot Forward, co-starring with Liza Minnelli, who played Ethel Hofflinger. Walken initially trained as a dancer in music theatre at the Washington Dance Studio before moving on to dramatic roles in theatre and then film.

As a child, Walken appeared on screen as an extra in numerous anthology series and variety shows during the Golden Age of Television. After appearing in a sketch with Martin and Lewis on The Colgate Comedy Hour, Walken decided to become an actor. He landed a regular role in the 1953 television show The Wonderful John Acton as the show's narrator. During this time, he was credited as "Ronnie Walken".

Over the next two years, he appeared frequently on television (landing a role in the experimental film Me and My Brother) and had a thriving career in theatre. From 1954 to 1956, Walken and his brother Glenn originated the role of Michael Bauer on the soap opera The Guiding Light. In 1963, he appeared as "Chris" in an episode of Naked City starring Paul Burke. In 1966, Walken played the role of King Philip of France in the Broadway premiere of The Lion in Winter. In 1969, Walken guest-starred in Hawaii Five-O as Navy SP Walt Kramer.

In 1964, he changed his first name to "Christopher" at the suggestion of a friend who believed the name suited him better than his given name, Ronald. He prefers to be known informally as "Chris" instead of "Christopher".

Walken made his feature film debut with a small role opposite Sean Connery in Sidney Lumet's The Anderson Tapes. In 1972's The Mind Snatchers a.k.a. The Happiness Cage, Walken played his first starring role. In this science fiction film, which deals with mind control and normalization, he plays a sociopathic U.S. soldier stationed in Germany.

Paul Mazursky's 1976 film Next Stop, Greenwich Village had Walken, under the name "Chris Walken", playing fictional poet and ladies' man Robert Fulmer. In Woody Allen's 1977 film Annie Hall, Walken played the homicidal and borderline crazy brother of Annie Hall (Diane Keaton). Also in 1977, Walken had a minor role as Eli Wallach's partner in The Sentinel. In 1978, he appeared in Shoot the Sun Down, a western filmed in 1976 that costarred Margot Kidder. Along with Nick Nolte and Burt Reynolds, Walken was considered by George Lucas for the part of Han Solo in Star Wars; the part ultimately went to Harrison Ford.

In (1977) Walken also starred in an episode of Kojak as Ben Wiley, a robber.

Walken won an Academy Award for Best Supporting Actor in Michael Cimino's 1978 film The Deer Hunter. He plays a young Pennsylvania steelworker who is emotionally destroyed by the Vietnam War. To help achieve his character's gaunt appearance before the third act, Walken consumed only bananas, water, and rice for a week.

Described as "diverse and eccentric" and "one of the most respected actors of his generation", Walken has long established a cult following among film fans. He's known for his versatility and named as one of Empire magazine's "Top 100 Movie Stars of All Time". Once dubbed as a "cultural phenomenon", he has portrayed several iconic movie characters including Johnny Smith in The Dead Zone, Max Shreck in Batman Returns and Max Zorin in A View to a Kill and was also considered for the role of Han Solo in Star Wars films. His Oscar-winning performance in The Deer Hunter ranked as 88th greatest movie performance of all time by Premiere magazine and his performance in Pennies from Heaven was made into Entertainment Weekly's list of the "100 Greatest Performances that should have won Oscars but didn't". Sometimes regarded as "one of the kings of cameos", Walken has made several notable cameo appearances or appeared in a single but popular scene of films including Captain Koons in Pulp Fiction, Duane in Annie Hall, Hessian Horseman in Sleepy Hollow, and Don Vincenzo in True Romance's popular "Sicilian scene" which was described by Quentin Tarantino as one of his most proud moments in his career.

As an influential actor, Walken's work has been praised and acclaimed by many popular figures, including Hollywood celebrities. Kat Dennings called him as her favorite actor and the reason of why she wanted to be an actress. Benicio del Toro cited Walken as an influence and stated that the best advice he had ever been given regarding acting came from him: "When you're in a scene and you don't know what you're gonna do, don't do anything." Johnny Depp once said one of main reasons of why he starred in Nick of Time was him wanting to work with Walken. Mickey Rourke, Sam Rockwell, Colin Farrell, Bradley Cooper, Leonardo DiCaprio are among actors who spoke about their admiration for Walken. Prominent movie critic Roger Ebert was particularly impressed by his villain and anti-hero portrayals, once stated "when he is given the right role , there is nobody to touch him for his chilling ability to move between easy charm and pure evil" and called him "one of the few undeniably charismatic male villains."

Walken is imitated for his deadpan affect, sudden off-beat pauses, and unusual speech rhythm and emphasis, which was subject to parody in a Robot Chicken episode, The Big Bang Theory and the fantasy sketch series Doraleous & Associates. He is revered for his quality of danger and menace, but his unpredictable deliveries and expressions make him invaluable in comedy as well. Walken's style has also sometimes been compared to similar cult actors such as William Shatner and Jeff Goldblum.

Walken inspired the stage show, All About Walken: The Impersonators of Christopher Walken, created by actor/comedian Patrick O'Sullivan in Hollywood in 2006. Walken is noted for refusing movie roles only rarely, having stated in interviews that he will decline a role only if he is simply too busy on other projects to take it. He regards each role as a learning experience. A rare example of a role Walken turned down was that of Ray Ruby in the film Go Go Tales (2007). According to film director Abel Ferrara, the character was originally written for Walken but the latter "didn't want to do it". The role was then given to Walken's New Rose Hotel (1998) co-star Willem Dafoe.

Walken married Georgianne Walken (née Thon) in 1969: she is a casting director, notably for The Sopranos. They live in Wilton, Connecticut, and have no children. Walken has stated in interviews that having no children is one of the reasons he has had such a prolific film career. Walken has a cat named Bowtie; his previous cat was named Flapjack. Walken and his wife also have a vacation home on Block Island, Rhode Island.