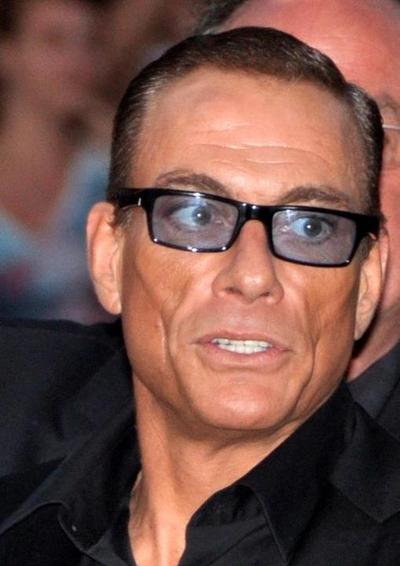 After studying martial arts intensively from the age of ten, Van Damme achieved national success in Belgium as a martial artist and bodybuilder, earning the "Mr. Belgium" bodybuilding title. He emigrated to the United States in 1982 to pursue a career in film, and achieved success with Bloodsport (1988), based on a story written by Frank Dux. He attained subsequent box office success with Timecop (1994), which was his highest grossing film with over $100 million.

Van Damme was born Jean-Claude Camille François Van Varenberg, on 18 October 1960, in Berchem-Sainte-Agathe, Brussels, Belgium, the son of Eliana and Eugène Van Varenberg, who was an accountant.

At the age of 16, he took up ballet, which he studied for five years. According to Van Damme, ballet "is an art, but it's also one of the most difficult sports. If you can survive a ballet workout, you can survive a workout in any other sport." He began martial arts at the age of ten, enrolled by his father in a Shotokan karate school. His styles consist of Shotokan Karate and Kickboxing. He eventually earned his black belt in karate. He started lifting weights to improve his physique, which eventually led to a Mr. Belgium bodybuilding title.

In 1982, Van Damme and childhood friend, Michel Qissi, moved to America in the hope of becoming action stars. They both were cast as extras in the film, Breakin'. Van Damme also had a non-speaking part as a Secret Service agent who carries a polio-crippled President Franklin Roosevelt (Ralph Bellamy) out of a pool in the 1988 TV miniseries War and Remembrance. After a small part in Missing In Action, Van Damme was next cast in the film No Retreat, No Surrender, as the role of the villain, Ivan the Russian. Van Damme worked for director John McTiernan for the 1987 film Predator as an early (eventually abandoned) version of the titular alien, before being removed and replaced by Kevin Peter Hall. His breakout film was Bloodsport, based on the alleged true story of Frank Dux. Shot on a 1.5 million dollar budget, it became a U.S. box-office hit in the spring of 1988. He then starred in the smaller budgeted film Cyborg. His last role for 1989 was Kurt Sloane in the successful Kickboxer. In this film, his character fights to avenge his brother who has been paralyzed by a Thai kickboxing champion (Qissi).

Van Damme suffered from substance abuse beginning in 1995. He entered a month-long rehabilitation program in 1996 but left it after only one week. In 1996, he spent up to $10,000 a week on cocaine. After the filming of the 1998 film Knock Off, Van Damme was diagnosed with rapid cycling bipolar disorder after becoming suicidal and started treatment on the mood stabilizer, sodium valproate. A turning point toward improvement of his health came from late 1997 onwards, after having finished divorce procedures.