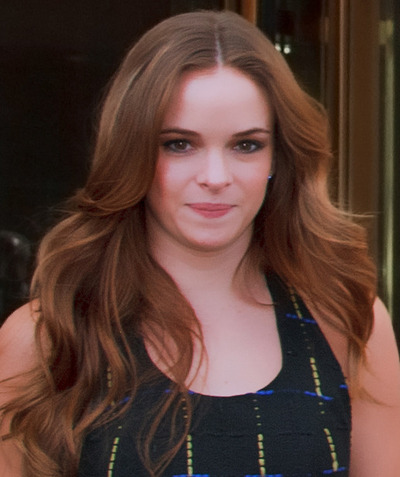 Danielle Nicole Panabaker (born September 19, 1987) is an American actress. She is best known to younger audiences for her roles in the Disney Channel films Stuck in the Suburbs (2004) and Read It and Weep (2006), along with her younger sister Kay Panabaker. She came to prominence as a cast member alongside James Woods in the CBS legal drama series Shark (2006–2008) and is also noted as a Scream Queen, having starred in the horror films Friday the 13th (2009), The Crazies and John Carpenter's The Ward (both 2010) and Piranha 3DD (2012). Her other films include Sky High (2005) and Mr. Brooks (2007).

Panabaker was born in Augusta, Georgia, to Donna (née Mayock) and Harold Panabaker. Her younger sister, Kay Panabaker, is also an actress. Panabaker moved for a short time to Orange, Texas, around her kindergarten year. She took a theater class at a summer camp and discovered her enjoyment in acting, so she started acting in community theaters at the age of 12, later auditioning for commercials. After moving to Naperville, Illinois, Panabaker went to Crone Middle School and later Neuqua Valley High School in Naperville and participated in the speech team. She graduated from high school as valedictorian when she was only 14 years old. Later, feeling it was the only way to land acting roles regularly, Panabaker relocated to Los Angeles, California in order to pursue an acting career, attending Glendale Community College to study acting. In 2005, she earned her associate degree and appeared on the National Dean's List. In the fall of 2006, she began her senior year at the University of California, Los Angeles, from which she graduated with a Bachelor of Arts in June 2007, again appearing on the Dean's List.

Panabaker followed her initial appearances in commercials with roles in television, including a part in the series, The Guardian (for which she won a Young Artist Award), as well as other television series including Malcolm in the Middle, Law & Order: Special Victims Unit, Medium, Summerland, and the Disney Channel Original Movie Stuck in the Suburbs as well as a creepy inhabitant of the "White Room" as an ancient being in the series Angel. She also appeared in the Lifetime Television productions Sex and the Single Mom and Mom at Sixteen, as well as the well-reviewed miniseries Empire Falls. In addition, Panabaker appeared in stage productions with roles in musical theater, including West Side Story, Pippin, Once Upon A Time, and Beauty Lou and the Country Beast. In 2005, Panabaker co-starred in two widely released theatrical films, Sky High and Yours, Mine and Ours.