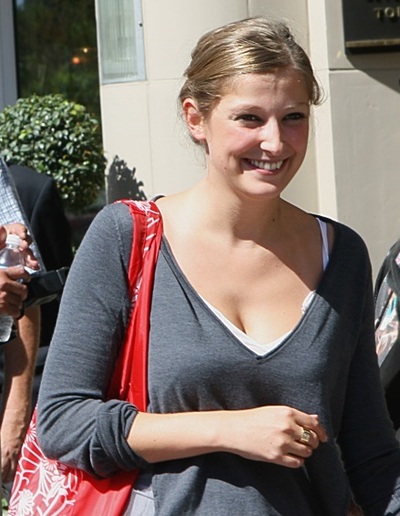 Born in Bucharest, Lara is the only child of Valentin Plătăreanu, a Bucharest actor, and his wife, Doina. When she was four (in 1983), her family decided to flee to West Germany to escape Nicolae Ceauşescu's regime in Communist Romania. Although the family had originally planned to emigrate to Canada, they settled down in Freiburg im Breisgau, Baden-Württemberg, before eventually moving to Berlin.

After graduating at the Französisches Gymnasium Berlin in 1997, Lara went on to study acting under the management of her father, co-founder of the Theaterwerkstatt Charlottenburg, finishing in 2000.

By sixteen, she was already playing lead roles in various television dramas; since then, her career has developed and she has become a respected film actress. Her most famous role to date, which has resulted in international recognition, is Traudl Junge, Adolf Hitler's secretary, in the Academy Award-nominated 2004 film Downfall; following this, Francis Ford Coppola wrote her a letter and gave her a leading role in Youth Without Youth (2007).

In August 2009, Lara married English actor Sam Riley, with whom she acted in the films Control and Suite Française. In January 2014, she gave birth to their first child, a boy.

In addition to her native Romanian, Lara is fluent in German, English, and French.