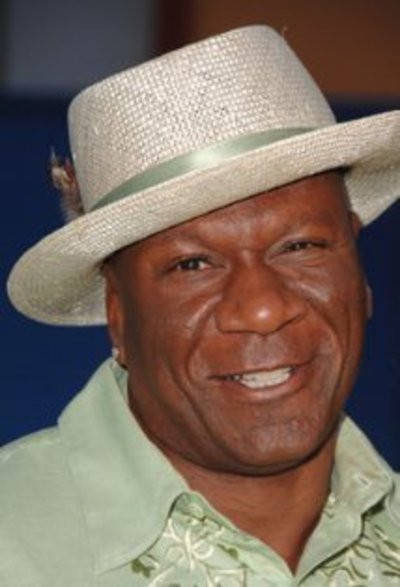 Irving Rameses "Ving" Rhames (born May 12, 1959) is an American actor best known for his work in Bringing Out the Dead, Pulp Fiction, Baby Boy, Don King: Only in America, Dawn of the Dead, Con Air, Piranha 3D and Piranha 3DD, the Mission: Impossible film series and the 2012 SyFy movie Zombie Apocalypse.

Rhames was born in New York City, New York, the son of Reather, a homemaker, and Ernest Rhames, an auto mechanic. His parents were raised as sharecroppers in South Carolina. Named after the late NBC journalist, Irving R. Levine, Irving Rhames grew up in Harlem.

He entered New York's High School of Performing Arts, where he discovered his love of acting. After high school, he studied drama at SUNY Purchase, where fellow acting student Stanley Tucci gave him his nickname "Ving". Rhames later transferred to the Juilliard School's Drama Division (Group 12: 1979–1983) where he graduated with a Bachelor of Fine Arts degree in 1983.

Rhames first appeared on Broadway in the play The Boys of Winter in 1984. He started out in film in Wes Craven's The People Under the Stairs as Leroy and played the role of Marsellus Wallace in Pulp Fiction (1994).

Rhames won a Golden Globe in 1998 for best actor in a TV miniseries for his performance in HBO's Don King: Only in America. At the ceremony Rhames gave his award to fellow nominee Jack Lemmon, saying, "I feel that being an artist is about giving, and I'd like to give this to you." Lemmon was clearly touched by the gesture as was the celebrity audience who gave Lemmon a standing ovation.