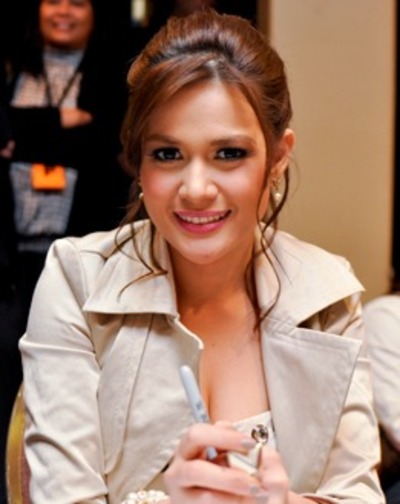 Bea Alonzo was born on October 17, 1987 in the Philippines. Her father is British, and her mother is a Filipina. Her parents separated when she was four. She graduated grade 7 at the Jose Abad Santos Memorial School Quezon City. She attended The Fisher Valley College in Taguig, Ususan Elementary School in Ususan and Colegio de Sta Ana in Taguig City.

In June 2008, Alonzo released her debut album The Real Me under Star Records. It was also in mid-2008 when it was announced that she would play the leading character Betty Pengson in the TV sitcom Yo Soy Betty La Fea, which originated from Colombia. The Philippines' version was entitled I Love Betty La Fea. The show premiered on September 2008 at the primetime slot; it ran for eight consecutive months.

In December 2011, Alonzo renewed her contract with ABS-CBN, she is set to do two movies under Star Cinema and a reunion drama, The Mistress, with her on-screen partner, John Lloyd Cruz.

Last August 19, 2014, Alonzo together with other 14 stars signed a two-year exclusive contract with ABS-CBN.