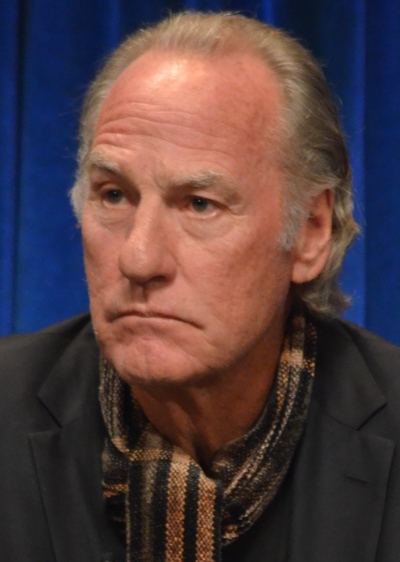 Craig Theodore Nelson (born Craig Theodore Nelson; April 4, 1944) is an American actor. He is perhaps best known for his Emmy-winning role as Hayden Fox on the TV series Coach, Deputy Ward Wilson in the 1980 film Stir Crazy, Steve Freeling in the 1982 film Poltergeist, the Warden in "My Name is Earl", and Mr. Incredible in the 2004 film The Incredibles. He currently stars in the TV series Parenthood.

Nelson was born in Spokane, Washington, the son of Vera Margaret (née Spindler), a dancer, and businessman Armand Gilbert Nelson. Nelson has a brown belt in karate and attended the University of Arizona and Central Washington University.

Because Craig Richard Nelson was already registered with the Screen Actors Guild, he registered as Craig Theodore Nelson.

He has appeared in numerous motion pictures (most notably the Poltergeist series) and had featured roles in five television shows (Coach, Call to Glory, The District, My Name Is Earl, and Parenthood).Coach ran from 1989 to 1997, with Nelson starring as college football coach Hayden Fox.

He voiced Mr. Incredible in the 2004 animated film The Incredibles.