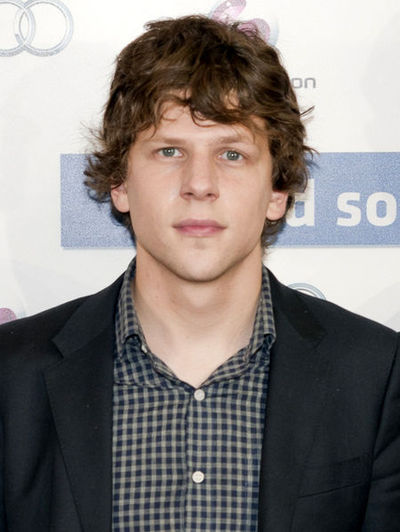 Jesse Adam Eisenberg (born October 5, 1983) is an American actor, playwright and humorist. He made his debut role with the comedy-drama television series Get Real (1999–2000). After his first leading role in the comedy-drama film Roger Dodger (2002), he appeared in the drama film The Emperor's Club (2002), the psychological thriller The Village (2004), the comedy-drama The Squid and the Whale (2005), the dark comedy The Living Wake (2007) and the drama The Education of Charlie Banks (2007). In 2007, Eisenberg won the Vail Film Festival Rising Star Award for his role as Mills Joquin in The Living Wake.

In 2009, he starred in the comedy-drama Adventureland and the horror comedy Zombieland, for which he won critical acclaim. He then played Facebook founder Mark Zuckerberg in The Social Network (2010), for which he received a Golden Globe and Academy Award nomination in the Best Actor category. He also starred in Holy Rollers (2010), which was nominated for the Grand Jury Prize at the 2010 Sundance Film Festival. In October 2011, Eisenberg made his playwriting debut Off-Broadway in Rattlestick Playwrights Theater's production of Asuncion, presented at Cherry Lane Theatre.

Since then, he has voiced the main character, Blu, in the animated films Rio (2011) and Rio 2 (2014), and starred in the comedy 30 Minutes or Less (2011) and the caper film Now You See Me (2013). He will appear with Kristen Stewart in the upcoming action-comedy film American Ultra which filmed in April 2014. He will portray Superman's archenemy Lex Luthor opposite Henry Cavill and Ben Affleck in Batman v Superman: Dawn of Justice, which will be released in 2016.

Eisenberg was born in Queens, New York, and grew up there and East Brunswick Township, New Jersey. His mother, Amy (née Fishman), worked as a clown at children's parties, and his father, Barry Eisenberg, worked at a hospital and later became a college professor. He has two sisters, Hallie Kate Eisenberg, a former child actress who was once famous as the "Pepsi girl" in a series of commercials, and Kerri. He was raised in a secular Jewish family that originated in Poland and Ukraine. He attended the East Brunswick Public Schools at Frost School, Hammarskjold Middle School, Churchill Junior High School; he spent his sophomore year at East Brunswick High School.

Eisenberg struggled to fit in at school and began acting in plays at the age of 10. He stated, "When playing a role, I would feel more comfortable, as you're given a prescribed way of behaving." After graduating from high school, he studied anthropology at The New School in Greenwich Village, New York City. Originally, he had applied and was accepted to New York University, but declined enrollment in order to complete a film role. Eisenberg made his first professional role in Arje Shaw's off-Broadway play, The Gathering and as an understudy in his Broadway debut and a 1996 revival of Summer and Smoke.

Eisenberg made his debut role in the television series Get Real, from 1999 to 2000. In 2001, he appeared in a Dr. Pepper commercial in the UK. After appearing in the made-for-television film Lightning: Fire from the Sky, he starred in the independent film Roger Dodger (for which he won an award at the San Diego film festival), and in The Emperor's Club, both of which were released in 2002 to generally positive reviews.

In 2005, Eisenberg appeared in Cursed, a horror film directed by Wes Craven, and The Squid and the Whale, a well-reviewed independent drama also starring Laura Linney and Jeff Daniels. In 2007, he starred opposite Richard Gere and Terrence Howard in The Hunting Party, a comic thriller in which he plays a young journalist in Bosnia. In 2009, Eisenberg played the lead role in Adventureland, a comedy directed by Greg Mottola and filmed in Kennywood Park near Pittsburgh, Pennsylvania. Filming ended in October 2007, and the movie premiered at the Sundance Film Festival in 2009. In November 2007, Eisenberg was cast in the indie comic-drama Holy Rollers. He played a young Hasidic Jew who gets lured into becoming an ecstasy dealer. Filming took place in New York in 2008. During the late 2000s, he also had roles in the independent films Solitary Man, playing Cheston, and Camp Hope, a horror film directed by George Van Buskirk.

Eisenberg's breakthrough starring role was as the neurotic Columbus in Zombieland. The horror comedy, which paired him with Woody Harrelson on a roadtrip through a post-zombie apocalypse America, was a surprise hit. In 2010, he starred alongside Andrew Garfield in the role of Facebook creator Mark Zuckerberg in the film The Social Network, for which he earned the Best Actor Award from the National Board of Review of Motion Pictures, and nominations for Best Actor at the Golden Globes and Academy Awards. On November 22, 2010, Eisenberg was honored, along with Whoopi Goldberg, Joycelyn Engle and Harvey Krueger, at the Children at Heart Celebrity Dinner Gala and Fantasy Auction, to benefit The Children of Chernobyl. Steven Spielberg is Chair of the event each year. On January 29, 2011, Eisenberg hosted Saturday Night Live on NBC, with musical guest Nicki Minaj. During his opening monologue, Eisenberg was joined by Facebook creator Mark Zuckerberg.

Eisenberg is fond of cats and has been involved in fostering the animals. He is a vegan. He has been associated with Farm Sanctuary and has presented at several of their galas. Eisenberg's short story "Marv Albert is My Therapist" appeared in The New Yorker in 2013. In 2013, he began dating his The Double co-star Mia Wasikowska.

While filming The Hunting Party in Bosnia and Herzegovina in 2006, Eisenberg came up with an idea for a simple wordplay website, OneUpMe, where people could respond to a daily wordplay topic in an attempt to "one-up" each other in the cleverness of their response. He turned to his first cousin, Eric Fisher, who, incidentally, most recently was the Social Design evangelist at Facebook, to create the site. The userbase is built solely off Facebook.

Eisenberg suffers from OCD and is very open about it. He said of his condition: "I touch the tips of my fingers in a weird way; I don't step on cracks; if I'm going onto a new surface - be it carpet to concrete, or concrete to wood, or wood to concrete, any new surface - I have to make sure all parts of my feet touch the ground equally before I touch that new thing. So I'll often hesitate before walking into a new room." 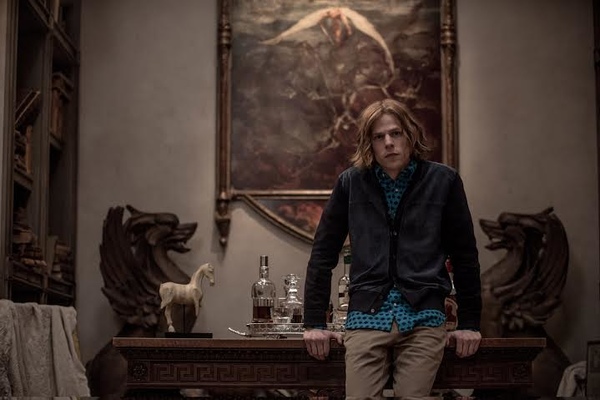 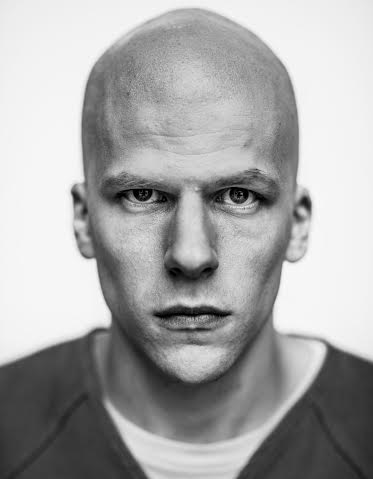 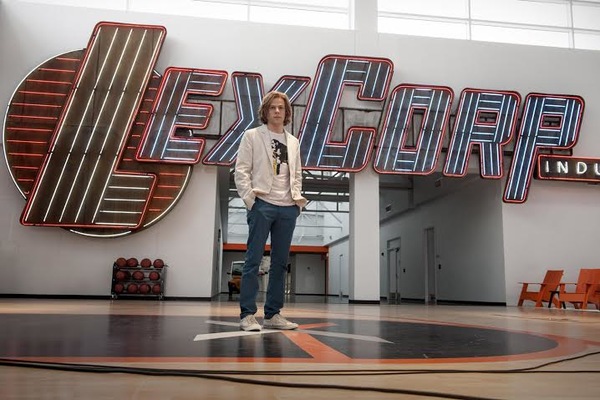 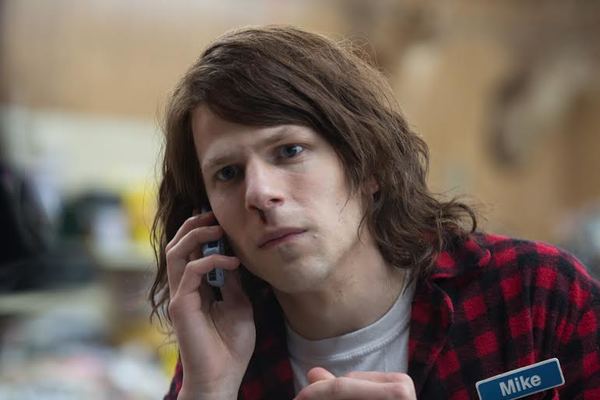 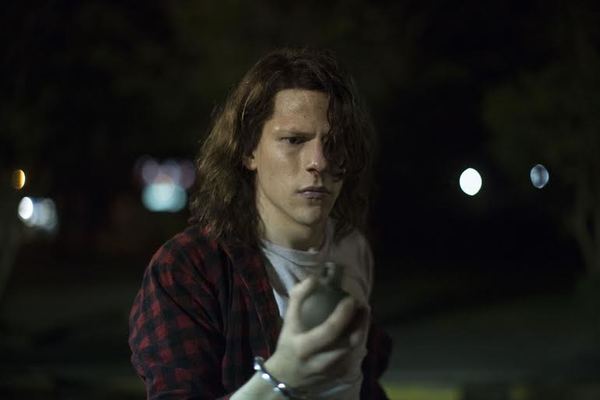 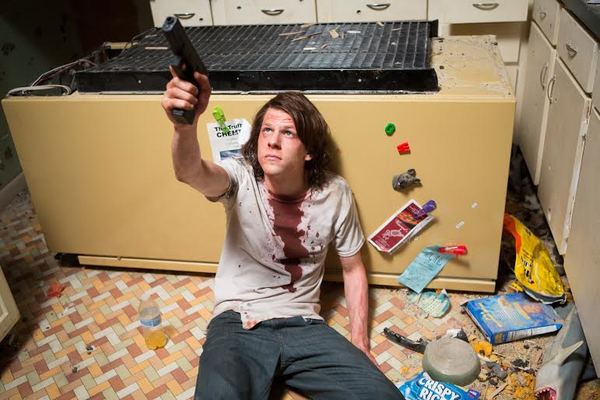 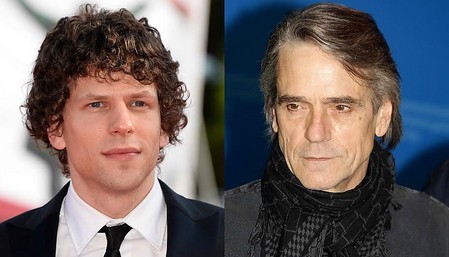 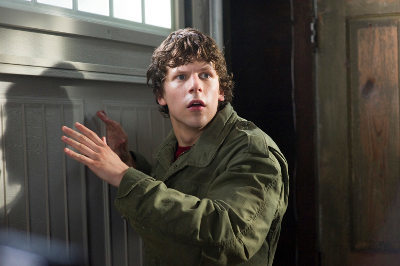 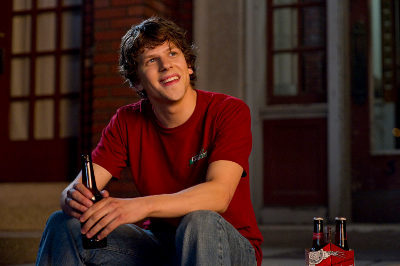 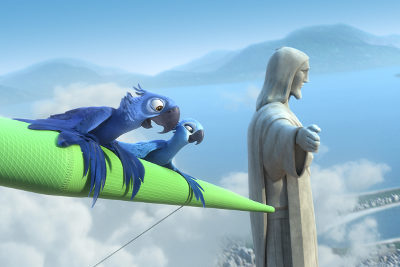 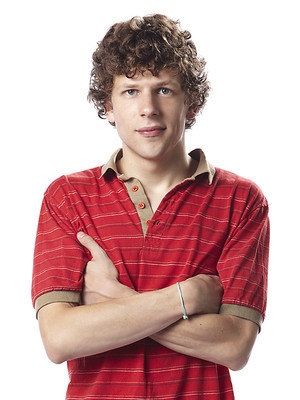 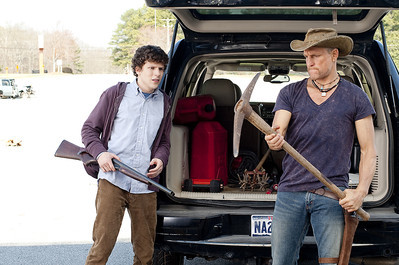 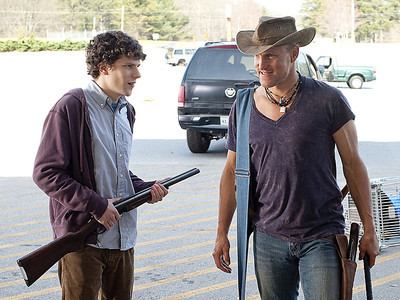