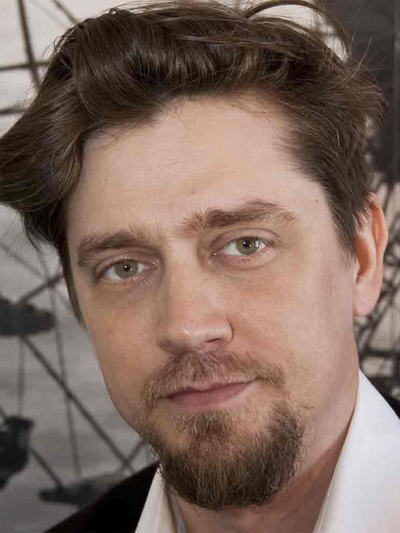 Andrés "Andy" Muschietti (Spanish: [musˈkjeti]; born August 26, 1973) is an Argentine filmmaker who has achieved wide recognition with the 2013 film Mama which he made Neil Cross and his sister, producer and screenwriter Barbara Muschietti, based on the three-minute film of the same name. This film, which he made at age 39, had attracted the attention of Guillermo del Toro, who then served as executive producer.

He gained further recognition for directing the 2017 eponymous film adaptation of the Stephen King novel It, which became the highest-grossing horror film of all time, and has also directed its 2019 second part, It Chapter Two. Both are distributed by Warner Brothers and produced by New Line Cinema.

Muschietti is set to direct two upcoming films, also for Warner Brothers: The Flash starring Ezra Miller, set in the DC Extended Universe, and a live action adaptation of Attack on Titan.

Muschietti was born and raised in Vicente López, Buenos Aires alongside his sister Barbara Muschietti.

In 2013, Muschietti directed his debut film, the supernatural horror Mama, which he co-wrote with Neil Cross and his sister Barbara Muschietti, with the latter also acting as producer. It was based on Muschietti's three-minute short film Mamá, which attracted Guillermo del Toro, who stated that it had the "scariest" scenes he had "ever seen." The short convinced del Toro to executive produce the feature-length film, which starred Jessica Chastain, Nikolaj Coster-Waldau, Megan Charpentier and Isabelle Nelisse, and was released by Universal Pictures on January 18, 2013. The film grossed more than $146 million and had a budget of $15 million.

In September 2013, Universal hired Muschietti for a reboot of The Mummy franchise, but he left the project in May 2014 due to creative differences with Jon Spaihts' draft of the script.

In July 2015, after the departure of Cary Fukunaga, Muschietti was hired by New Line Cinema to direct It, an adaptation of the Stephen King novel. Barbara produced along with Dan Lin, Roy Lee, Seth Grahame-Smith and David Katzenberg. The film is being released in two parts.

In February 2013, Universal Pictures announced Muschietti would direct the film adaptation of the Josh Malerman novel Bird Box, which Scott Stuber, Chris Morgan and Barbara would produce, with Eric Heisserer set to write the script. In January 2014, Muschietti was reportedly among front-runners to direct a He-Man film for Warner Bros., a remake of Masters of the Universe. In June 2014, Deadline reported that Muschietti was on the shortlist of directors to direct a sequel to the fantasy film Snow White and the Huntsman for Universal. In September 2014, Sony Pictures named Muschietti to direct the film adaptation of Shadow of the Colossus after Josh Trank left due to a commitment to an upcoming Star Wars spin-off. Barbara would co-produce the film with Kevin Misher, with Seth Lochhead set to write the screenplay.

In February 2015, Deadline reported that Sony was looking to hire Muschietti to direct a live-action Robotech project, with Gianni Nunnari and Mark Canton attached to produce, and Michael B. Gordon as screenwriter. In March 2015, Plan B Entertainment optioned the film rights to Stephen King's short story The Jaunt from the Skeleton Crew collection, with Muschietti to direct and Barbara attached as producer.

On October 29, 2018, it was announced that Muschietti will be directing a Warner Bros. live-action film reboot of Attack on Titan.

In July 2019, Warner Bros. was looking to hire Muschietti to direct a DC Extended Universe film The Flash.

Muschietti's sister, Barbara Muschietti, is also a film writer and producer. He is of Italian-Argentine ancestry.