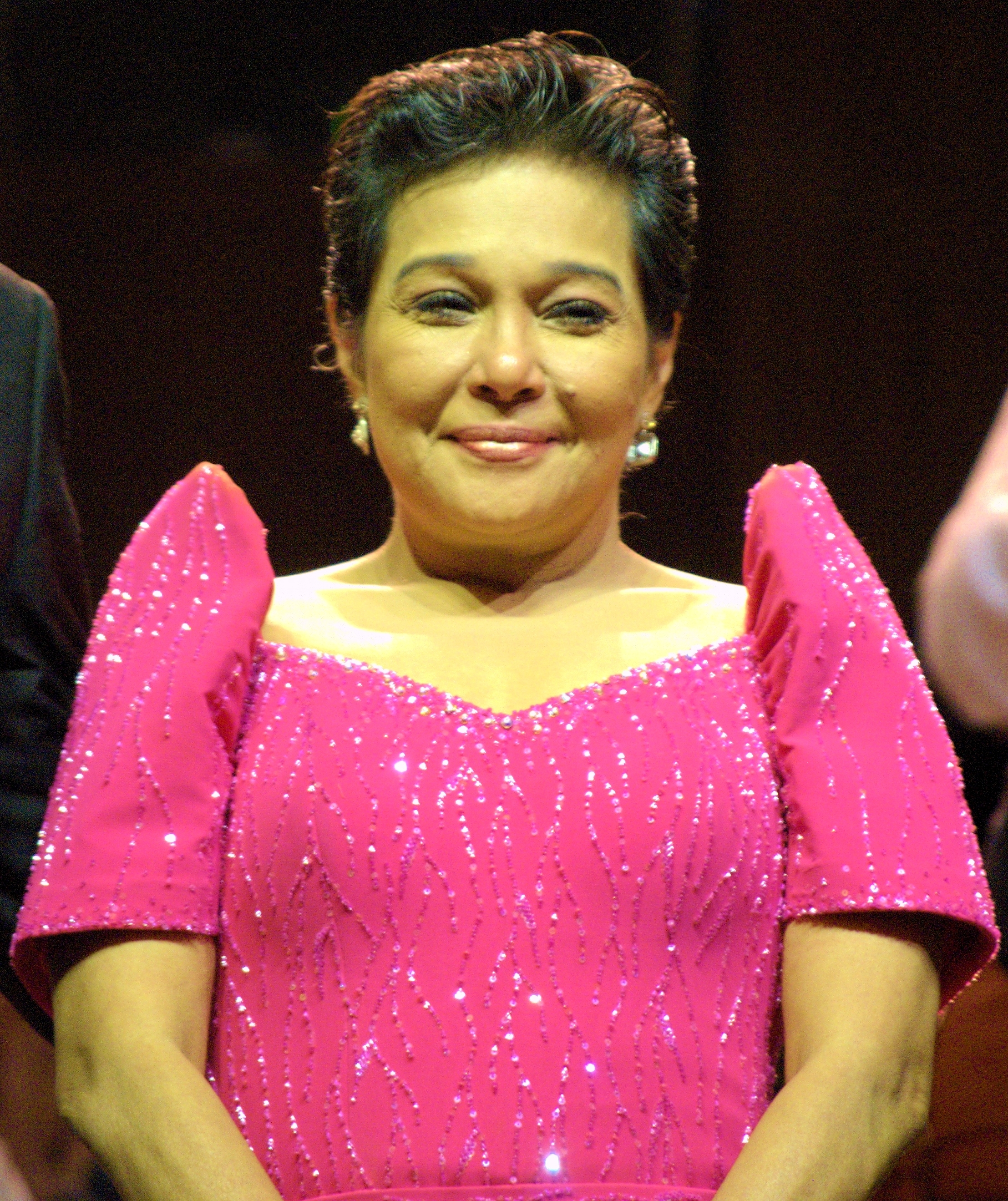 Aunor started her career in the Philippine entertainment industry as a singer after she won an amateur singing contest. She made her film debut with All Over the World (1967) and also guested in youth-oriented flicks produced by Vera-Perez Pictures and United Brothers Production. Aunor transformed herself into a serious actress and came to be regarded as an acting heavyweight, performing in films such as Tatlong taong walang Diyos (1976), Himala (1982), Bona (1980), The Flor Contemplacion Story (1995) and Thy Womb (2012) which gave her international and local awards and nominations.

In 1983, Aunor was recognized as one of the The Outstanding Women in the Nation’s Service (TOWNS) in the Field of the Arts. In 1999, Aunor received the Centennial Honor for the Arts awarded by the Cultural Center of the Philippines (CCP). She was the only film actress included in the list of awardees. In 2010, she was hailed by the Green Planet Movie Awards as one of the '10 Asian Best Actresses of the Decade'. In 2013, She received the Ani ng Dangal Award (Harvest of Honors). from the National Commission for Culture and the Arts. In 2013, she received the "Light of Culture Awards from Philippine Centre of the International Theatre Institute and the ITI-Earthsavers UNESCO Dream Center for pioneering in the integration of theater, television, and film. In 2014, Aunor is the recipient of University of the Philippines College of Mass Communications, Gawad Plaridel.

Aunor is also one of the few Asian actresses to be nominated as best actress in three Asian film awards namely: 6th Asia Pacific Screen Awards (APSA) in Australia (winner), 55th Asia Pacific Film Festival (APFF) in Macau, and in the 7th Asian Film Awards (AFA) in Hong Kong (winner) for the movie "Thy Womb".

Aunor was born in Baryo San Francisco, Iriga, Camarines Sur in Bicol Region. Her parents are Antonia Cabaltera and Eustacio Villamayor, she has 9 more siblings including Eddie Villamayor a former actor. When Nora was growing up, it was her grandmother (Lola Theresa) who taught her how to sing and the first song she learned was The Way of a Clown. Mamay Belen (aunt) on the other hand, taught her the right diction, interpretation and expression while singing and took her under their custody and from whom she got her screen name. Nora became a Champion at the Darigold Jamboree Singing Contest singing her winning piece You and the Night and the Music and after that she won another singing contest, The Liberty Big Show. Nora entered the national singing contest Tawag ng Tanghalan where she was defeated on her first try and became a champion on her second try. The Grand National Finals of Tawag ng Tanghalan was on May 29, 1967, where she sang Moonlight Becomes You.

Nora went to Mabini Memorial College ['59-'60] when she was in grade I and transferred to Nichols Air Base Elementary School ['60-'62] when she reached grade II and III; She then entered Iriga Central Elementary School ['62-64'] as a grade IV and V student and went back to Mabini Memorial College ['65-'65] to finish her primary education and entered her first year in high school ['65-'66]. She then transferred to Centro Escolar University-Parañaque where she became a student on her second and third year in high school and again in ['70-71] as a fourth year high school student.

After winning the local talent search, Tawag ng Tanghalan in 1967, Aunor made her first appearance as a guest in Timi Yuro’ s concert at the Araneta Coliseum. She made her first T.V. appearance as a guest in "An Evening with Pilita" hosted by Pilita Corrales and "Carmen on Camera" hosted by Carmen Soriano. Aunor also joined the evening program "Oras ng Ligaya." of Channel 13 and DZXL gave her a spot on "Operetang Putol-Putol," and "Fiesta Extravaganza" hosts Ike Lozada and German Moreno frequently invited her to guest on their radio program. Alpha Records took a chance on the young singer and waxed the first Nora disc. It flopped. Alpha tried again and the second Nora recording did better. Since, then, Nora’s Voice LP’s have been runaway bestsellers.

In 1967, from September to December, Aunor did six movies, all in supporting and minor roles. As a recording star, she made several singles like "Moonlight Becomes You" and "There's Just Forever" for Citation Records. She also recorded songs like "No Return, No Exchange" and "You are My First Love" for Jasper Recording. 1968 was not a busy year for her, she only made 3 movies most of them are supporting and minor roles and most of them are for the musical Numbers. Little did she know that her time will come soon in 1969.

By the beginning of 1969, she appeared in such movies as 9 Teeners, a popular TV show that time, and Young Girl, where she was teamed up for the first time with Tirso Cruz III. It was also this year when her contract with Sampaguita Pictures had expired. Nora is now considered as a freelancer, she then made movies with other movie outfits like "Banda 24" and "Drakulita for Barangay", "Oh Delilah and Karate Showdown" for JBC, and two Lea pictures, "Pabandying-Bandying" and "Adriana". She's on her way of attaining full stardom on her next movie assignment.

Although Nora made movies with other movie outfits, it was Tower Records which gave Aunor’s first starring role opposite Tirso Cruz III, the "D' Musical Teenage Idols" by Tower Productions directed by Artemio Marquez was shown on September. 23, 1969 . Three days after, on Sept. 26, 1969, Sampaguita Pictures released its 34th-anniversary presentation, a Nora-Tirso movie as well the title is "Fiesta Extravaganza" directed by Consuelo P. Osorio. This was followed Tower’s Teenage Escapades, JBC’s Halina, Neneng Ko and Viltra Elk’s Nora, The Single Girl. Her movies were all box-office hits making her the Philippine Golden Girl and a certified box-office princess. It made her a "Superstar."

She also starred in her own TV musical variety show that ran for over two decades, starting as the Nora-Eddie Show with Eddie Peregrina in 1967, becoming The Nora Aunor Show in 1968, and Superstar from 1971 to 1989. Aunor's "Superstar" show holds the record as the longest-running musical variety show that had aired on Philippine PRIME-TIME TV. On December 19, 1969, during the coronation of Nora as muse of Sampaguita Family Club, Tirso gave her a doll "Maria Leonora Theresa" making it the most popular doll ever in the Philippine showbiz history.

Aunor was married to award winning actor Christopher de Leon on Jan. 25, 1975 in a civil ceremony with whom she has one child who was born on December 11, 1975, actor Ian De Leon. On January 27, 1976, they renewed their marriage. This time it was Father Alleysius Rodriguez who officiated the wedding. They also have two adopted daughters, actors Lotlot De Leon and Matet de Leon and 2 adopted sons Kiko and Kenneth. However, the marriage didn't last long and they separated; she was annulled to de Leon in 1996. According to Matet on her interview, Nora is very affectionate and tender as a mom and she treats them equally even though they are not blood related. Aunor became a permanent resident of the United States in 2008, but she retains her Philippine citizenship. In 2011, she came back to the Philippines to resume her acting and singing career after 8 years on hiatus.