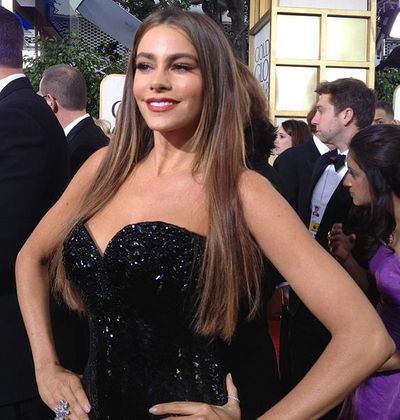 Vergara was widely known for co-hosting two television shows for Spanish-language television network Univisión in the late 1990s. Her first notable acting job in English was in the film Chasing Papi (2003). Subsequently, she appeared in other films, including Four Brothers (2005) and two Tyler Perry films—Meet the Browns (2008) and Madea Goes to Jail (2009), receiving an ALMA Award nomination for the latter. Vergara's success on television has earned her roles in recent films The Smurfs (2011), New Year's Eve (2011), Happy Feet Two (2011), The Three Stooges (2012), Escape from Planet Earth (2013) and Machete Kills (2013). In 2012 and 2013, she was the top-earning actress on US television.

Vergara stars on the ABC series Modern Family as Gloria Delgado-Pritchett, for which she has been nominated for four Golden Globe Awards, four Primetime Emmy Awards, and seven Screen Actors Guild Awards. In 2014, she was ranked as the 32nd most powerful woman in the world by Forbes.

Vergara was born in Barranquilla, Colombia, to Margarita Vergara Dávila de Vergara, a homemaker, and Julio Enrique Vergara Robayo, a cattle producer for the meat industry. She was given the nickname Toti by her five brothers and sisters and many cousins. Vergara is a devout Catholic and attended Marymount School Barranquilla, a private bilingual Spanish/English school.

Vergara studied dentistry at a university in Colombia, she left her studies two semesters shy of her degree to pursue opportunities in modeling and show business. She subsequently moved to Miami, leaving behind unrest in Colombia, where her older brother Rafael was murdered in 1998 during an attempt to kidnap him. Her cousin and adopted sister, Sandra, is also a television actress in the United States.

Vergara was discovered by a photographer while walking on a Colombian beach. Soon she was presented with offers in modeling and television work, and she considered accepting them despite being raised both conservatively and religiously. According to an article in the January 2002 issue of Maxim, Vergara was "apprehensive about doing her first television commercial—until her Catholic school teachers gave her their personal permission to take the assignment." Vergara made her first appearance as a performer at the age of seventeen in a Pepsi commercial that was widely broadcast in Latin America.

At the age of 20, Vergara moved to Bogotá, Colombia, where she worked as a runway model and on television. From 1995 to 1998, she was co-host with Fernando Fiore of Fuera de serie ("Out of the Ordinary" or "Over-the-Top"), a travel series that sent her to exotic places around the world. It was telecast on the international Univisión Spanish-language television network and made her a star in the Latin American market. It also gave Vergara television exposure in the United States via the Univisión stations there. She co-hosted the Univisión show A que no te atreves ("I Dare You") and appeared as a guest star in the season-four opening of the HBO series Entourage. She was photographed for posters and swimsuit calendars, in 1998, 2000 and 2002.

Vergara is 1.70 m (5 ft 7 in) tall and has naturally blond hair, although for movies and television, she is sometimes asked to dye it brown to make her look more stereotypically Hispanic. Vergara appeared on the ABC situation comedies Hot Properties and The Knights of Prosperity. She stars on the ABC sitcom Modern Family as Gloria Delgado-Pritchett, for which she was nominated for the Primetime Emmy Award for Outstanding Supporting Actress in a Comedy Series for 2010, 2011, 2012 and 2013.

Vergara was married at the age of 18 to her childhood sweetheart, Joe Gonzalez. She gave birth to their son Manolo in September 1992. They divorced in 1993.

Vergara was diagnosed with thyroid cancer in 2000. She had her thyroid removed, underwent radioiodine therapy, and made a full recovery. She takes medication to prevent hypothyroidism.

On July 10, 2012, it was reported that Vergara and her businessman boyfriend Nick Loeb were engaged. On May 23, 2014, Vergara announced that the engagement had been called off.

In July 2014, it was reported that Vergara began dating True Blood star Joe Manganiello. The pair became engaged on Christmas Day 2014 after six months of dating.

During her December 2014 appearance on Jimmy Kimmel Live! Vergara revealed that she had become an American citizen. 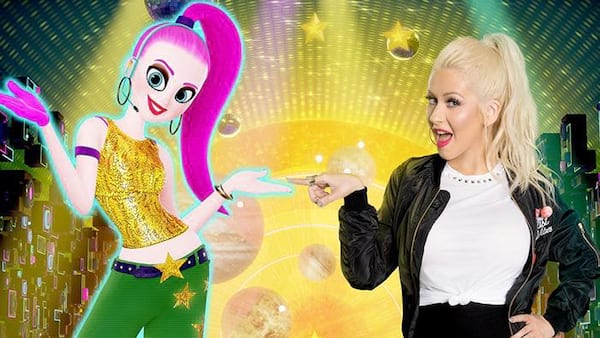 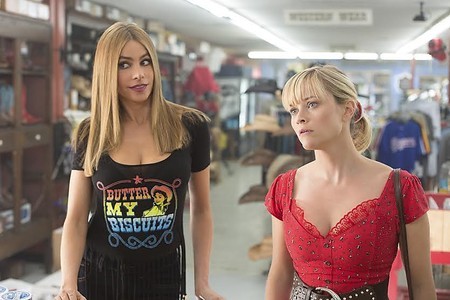 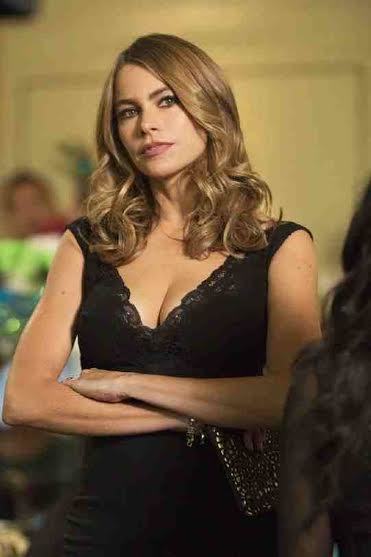 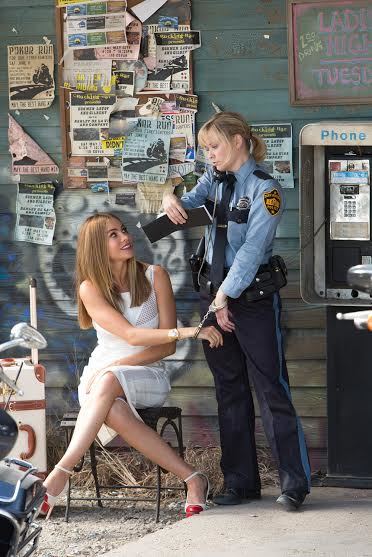