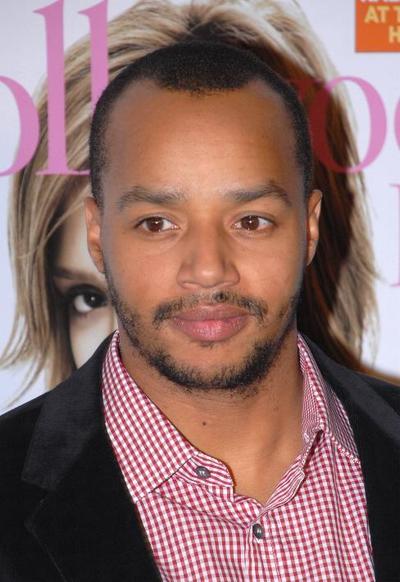 Donald Adeosun Faison (born June 22, 1974) is an American actor, comedian, and voice actor best known for his role as Dr. Chris Turk in the ABC (formerly NBC) comedy-drama Scrubs (2001–2010) as a leading role, and as Murray in the film Clueless (1995) playing a minor role (reprised in the subsequent television series of the same name). He is a star of the TV Land situation comedy The Exes.

Faison was born in Harlem, New York, the son of Shirley, a talent agent, and Donald Faison, a building manager. His parents were active with the National Black Theatre in Harlem.

Before his debut on Scrubs and Clueless, Faison appeared in a 1991 commercial for Folgers Coffee at the age of 17, in which he played the younger brother of a soldier returning from war. The following year, he appeared along with Malik Yoba, in the ABC News special Prejudice: Answering Children's Questions, hosted by Peter Jennings. He then became famous for his role as "Murray Lawrence Duvall" in the film Clueless, the 1995 movie, and its subsequent television series, which ran from 1996 to 1999.

Faison was married to Lisa Askey from 2001 to 2005. After six years of dating, Faison married his second wife, CaCee Cobb, on December 15, 2012. The wedding was held at the home of Faison's former Scrubs co-star and best friend Zach Braff, who also served as a groomsman. Serving as a bridesmaid was singer Jessica Simpson, for whom Cobb formerly worked as a personal assistant.