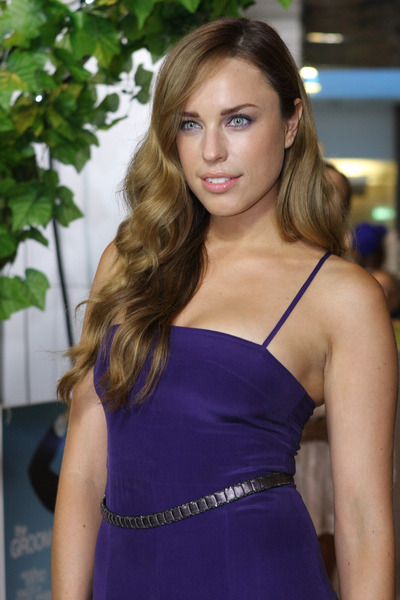 Jessica McNamee is an Australian actress. McNamee rose to fame playing roles in the Seven Network television programmes Home and Away and Packed to the Rafters. McNamee went on to film roles after leaving the latter.

McNamee secured a role in the Seven Network soap opera Home and Away playing the role of Lisa Duffy. McNamee later went onto star as Sammy Rafter in the television series Packed to the Rafters. In 2009, McNamee was a contestant on the ninth series of Dancing with the Stars. She was partnered with dancer Stefano Olivieri and they were eliminated before the final. The role of Sammy left McNamee keen to lose the "good girl" image the role created. In the series production breaks she decided to take on different roles. McNamee starred in the horror film The Loved Ones; which premiered at the Toronto International Film Festival in 2009. In July 2010, the Seven Network announced that McNamee had decided to quit Packed to the Rafters. When her final scenes aired in August, Woman's Dayreported McNamee had chosen to leave the show because she was tired of her co-star Jessica Marais receiving critical acclaim and gaining more public recognition. However, McNamee told a writer for the Herald Sun that the story was untrue.

McNamee went onto secure a role in the 2012 film The Vow. She filmed the project in Toronto alongside Rachel McAdams and Channing Tatum. McNamee described working on the film as a "surreal experience".