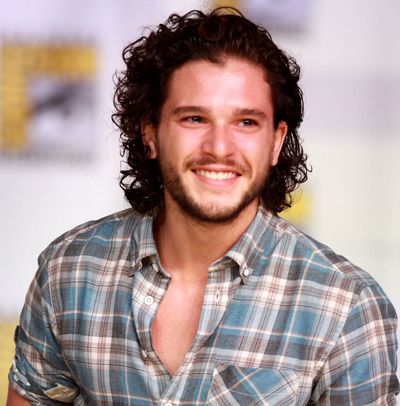 Born in Acton, London, Harington studied acting at drama school, while starring in the National Theatre's adaptation of War Horse. His film debut was in Silent Hill: Revelation (2012). He has since appeared in films such as the romantic historical film Pompeii (2014), the computer-animated fantasy film How to Train Your Dragon 2 (2014) and the British drama film Testament of Youth (2014).

Since 2011, Harington rose to prominence playing the role of Jon Snow in the HBO television series Game of Thrones, which garnered him a nomination for the 2016 Primetime Emmy Award. In 2017, Harington became one of the highest paid actors on television and earned £2 million per episode of Game of Thrones.

Harington was a pupil at the Southfield Primary School from 1992 to 1998. When he was 11, his family moved to Worcestershire and he studied at the Chantry High School in Martley until 2003. He became interested in acting after watching a production of Waiting for Godot when he was 14, and he performed in several school productions.

He attended Worcester Sixth Form College, where he studied Drama and Theatre (2003–05). When he was 17, he was inspired to attend a drama school after seeing a performance by Ben Whishaw as Hamlet in 2004. Harington moved back to London when he was eighteen and, a year later, attended the Central School of Speech and Drama, graduating in 2008.

Before acting, Harington originally wanted to become a journalist. While still at drama school, he landed the role of Albert in the National Theatre's adaptation of War Horse. The play won two Olivier Awards and gained Harington a great deal of recognition. He was later cast in his second play Posh, a dark ensemble comedy about upper-class men attending Oxford University.

After War Horse, Harington auditioned for and landed his first television role as Jon Snow in the television series Game of Thrones. The show debuted in 2011 to great critical acclaim and was quickly picked up by the network for a second season. Harington's role is largely filmed in Iceland and Northern Ireland. The series was renewed for a seventh season, which premiered on 16 July 2017, and will conclude with its eighth season in 2018/19.  Game of Thrones takes place on the fictional continents of Westeros and Essos and chronicles the power struggles among noble families as they fight for control of the Iron Throne of the Seven Kingdoms. Jon Snow is introduced as the illegitimate son of Ned Stark, the honorable lord of Winterfell, an ancient fortress in the North of the fictional continent of Westeros.

Harington has received praise for his performance. In 2012, Harington was nominated for a Saturn Award for Best Supporting Actor on Television for the role. In 2016, Harington was nominated for a Primetime Emmy Award for Outstanding Supporting Actor in a Drama Series. He said, "It is a serious understatement to say that I am somewhat stunned ... For my work on Game of Thrones to be recognized in this way is an emotional moment for me. I could not be more humbled." In 2017, Harington became one of the highest paid actors on television and earned £2 million per episode of Game of Thrones (based on shared percentages of syndication payments).

Harington made his cinematic debut in 2012 as Vincent in Silent Hill: Revelation 3D. The horror film was based on the survival horror video game Silent Hill 3, and was a sequel to the film Silent Hill. He was honoured with Actor of the Year at the Young Hollywood Awards 2013, which celebrates the best emerging young talent in film, music and television.

Harington's first major lead role in a feature film occurred when he played Milo in the Pompeii. Production for the film commenced in 2013 and took place in and around Toronto. Some scenes were also shot in the actual city of Pompeii itself. The film was a modest box office success and received mixed reviews from critics. That year, Harington also voiced Eret in How to Train Your Dragon 2, which was a critically acclaimed, box-office success, won the Golden Globe Award for Best Animated Feature Film and received an Academy Award nomination.

In 2014, Harington also appeared alongside Jeff Bridges in the film Seventh Son, a poorly received fantasy–adventure film. Harington played Roland Leighton, the main character's love interest, in Testament of Youth alongside Alicia Vikander and Emily Watson. The film was released in wide distribution in the UK on 16 January 2015. Its world premiere was in The Centrepiece Gala, supported by the Mayor of London, at the British Film Institute London Film Festival in October 2014.

In December 2014, it was announced that he would feature in Xavier Dolan's upcoming movie The Death and Life of John F. Donovan, with Jessica Chastain, Kathy Bates, Thandie Newton and Susan Sarandon. Filming began in July 2016 in Montreal, Quebec and will run through to Spring 2017. He starred in the 2015 HBO comedy 7 Days in Hell, a short film about a 7-day tennis match.

In June 2015, it was confirmed that Harington would star in Martin Koolhoven's upcoming western thriller film Brimstone, replacing Robert Pattinson. In 2016, Harington starred as the main villain in the first-person shooter video game Call of Duty: Infinite Warfare. He is the driver in the current 2016 commercial for the Infiniti Q60 sport coupe car. It is his latest role for product commercials. On 19 February 2017, it was reported that he would star and executive produce a three-part historical drama for BBC based on the real story of the Gunpowder Plot. Harington will play the role of his ancestor Robert Catesby alongside with actors Mark Gatiss, Liv Tyler and Peter Mullan.

Harington started dating Game of Thrones co-star Rose Leslie in 2012. They confirmed their relationship in 2016 and moved in together in 2017. 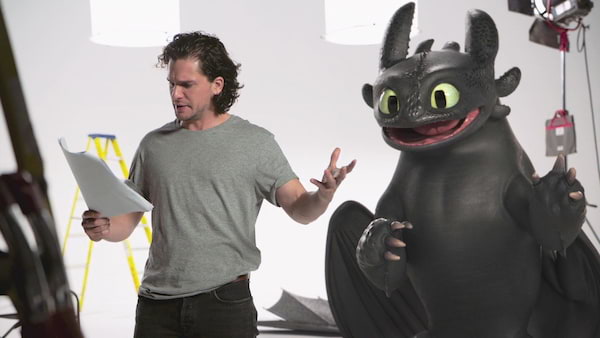 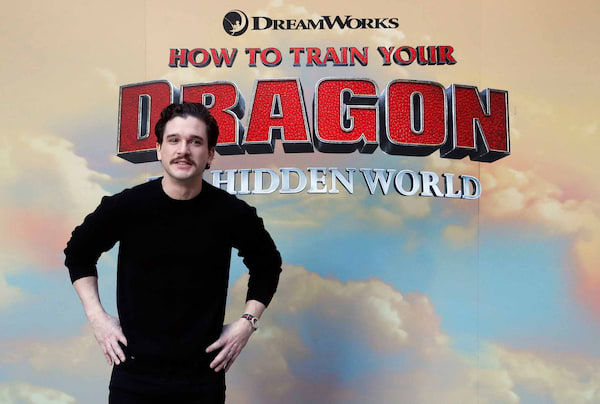