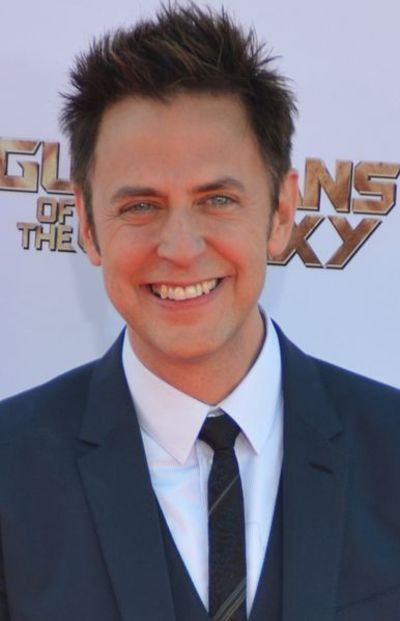 James Gunn (born August 5, 1970) is an American writer, filmmaker, actor, musician and cartoonist. He is the older brother of actor Sean Gunn.

Gunn was raised in St. Louis, Missouri. His family includes a brother, Sean, who is an actor; and a brother, Matt, who is an actor and political writer. Though the surname Gunn is usually Scottish, Gunn's name is from the Irish name MacGilGunn meaning "Sons to the Servants of the God of the Dead".

Gunn began his career in filmmaking with Troma Entertainment, for whom he wrote the independent film Tromeo and Juliet. After contributing to several other Troma films, Gunn wrote, produced and performed in his own superhero comedy, The Specials, directed by Craig Mazin and featuring Rob Lowe, Thomas Haden Church, Paget Brewster, Judy Greer and Jamie Kennedy.

Gunn's first major Hollywood screenplay was Scooby-Doo in 2002. In 2004, he wrote the screenplays for the remake of Dawn of the Dead and Scooby-Doo 2: Monsters Unleashed. With these films, Gunn became the first screenwriter to have two films top the box office in consecutive weeks. That same year, he executive produced and starred in the mockumentary LolliLove, directed by and starring his then-wife Jenna Fischer. His directorial film debut was the 2006 horror-comedy Slither. Slither was included on Rotten Tomatoes list of the 50 Best Ever Reviewed Horror Movies.

Gunn's next projects included the comedy short film Humanzee! which was originally intended exclusively for the Xbox Live's Horror Meets Comedy series of short comedy films by horror directors, it was replaced with Sparky and Mikaela which debuted on Xbox Live on December 31, 2008. In an April 2009 interview on The Jace Hall Show, Gunn described Sparky and Mikaela as being "about a human racoon crime fighting team and they fight crime in both the forest world, among the furry animals, and in the human world". Gunn also has a short form web series for Spike.com titled James Gunn's PG Porn which made EW's The Must List.

Gunn co-wrote and directed the Marvel Studios adaptation of Guardians of the Galaxy which will be released on August 1, 2014. His brother, Sean Gunn will have an "integral part" in the film.

On July 26, 2014 at the Marvel Studios San Diego Comic-Con International presentation, it was announced that Gunn would again assume the helm for the sequel of Guardians of the Galaxy.

He married actress Jenna Fischer on October 7, 2000, but after seven years of marriage Gunn and Fischer announced their separation in a joint statement on September 5, 2007. Fischer and Gunn divorced less than a year later. Gunn has since been romantically involved with Kayo Dot violinist Mia Matsumiya and model Melissa Stetten.