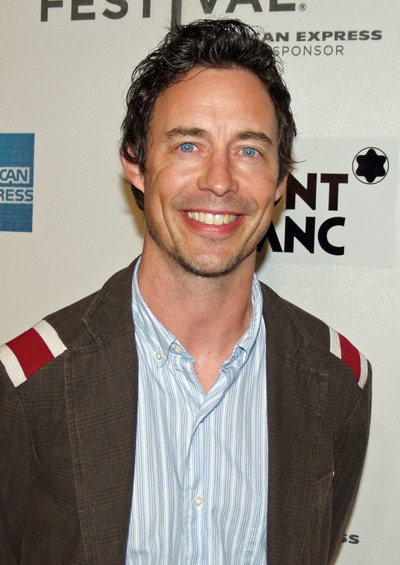 Thomas "Tom" Cavanagh (born October 26, 1963) is a Canadian actor and co-host of the podcast Mike and Tom Eat Snacks on the Nerdist network.

Cavanagh was born in Ottawa, Ontario. He is of Irish descent and was raised in a large Roman Catholic family. Cavanagh moved with his family to Winneba, a small city in Ghana. In his teens, the family moved to Lennoxville, Quebec where he started high school. He attended the Séminaire de Sherbrooke, where he studied in French and played basketball for the Barons. He later studied at Champlain College in Lennoxville at the CEGEP level.

While attending Queen's University in Kingston, Ontario, he became interested in theatre and music and played ice hockey and varsity basketball. He graduated with degrees in English and biology.

Cavanagh has been an actor in his native Canada for many years on television dramas such as Jake and the Kid, and television commercials, appearing for Labatt in the 1990s and more recently for CIBC.

After gaining notice for his recurring role as Dog Boy in the NBC television program Providence, Cavanagh was cast as the protagonist and title character in the NBC program Ed. Cavanagh received a Golden Globe nomination and a TV Guide Award for his work on Ed, which ran for four seasons beginning in October 2000 and concluding in February 2004. In 2010, he started a podcast, Mike and Tom Eat Snacks with his Ed castmate Michael Ian Black.

Prior to Ed, Cavanagh's film appearances were mainly in supporting roles. After that series ended, he had his first starring role as an escaped convict in the thriller Heart of the Storm. In 2005, he starred in the romantic comedy Alchemy, opposite Sarah Chalke; in 2006, he appeared in another romantic comedy, Gray Matters, opposite Heather Graham, and in a family comedy/drama, Two Weeks, with Sally Field.

Cavanagh is married to Maureen Grise, a photo editor for Sports Illustrated. They married on July 31, 2004, in a Roman Catholic ceremony on Nantucket, Massachusetts. The couple have a daughter and two sons. Cavanagh ran the 2006 New York City Marathon, finishing in 3:29:31.