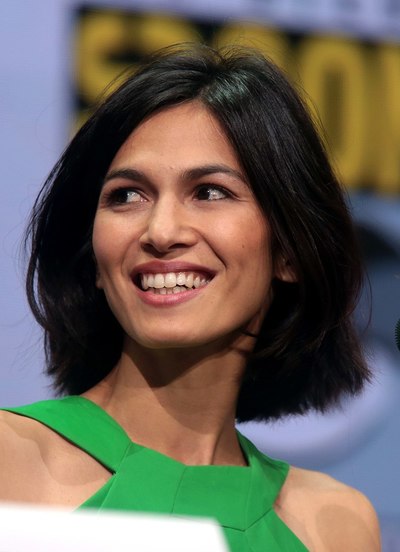 Élodie Yung (born February 22, 1981) is a French television and film actress. She is best known for her role as Elektra Natchios in the second season of the Marvel Cinematic Universe Netflix series Daredevil and the Netflix miniseries The Defenders.

Yung was born in Paris, on February 22, 1981. Her father is Cambodian and her mother is French. She graduated from the London Academy of Music and Dramatic Art and also has a master's degree in law from the University of Paris. As of 2004 she had practiced karate for over ten years.

Her first roles were on TV after she started receiving acting role proposals when she was 20 years old. Following her 2004 film debut as female lead Tsu in Les fils du vent, she played the gang lord Tao in District 13: Ultimatum. Yung returned to TV for the first three seasons of the successful police series, Les Bleus with Clémentine Célarié. Yung appeared in the 2011 film The Girl with the Dragon Tattoo as Miriam Wu, a romantic interest of Lisbeth Salander. In 2013, she appeared on the silver screen as the ninja Jinx in G.I. Joe: Retaliation. She starred in the film Gods of Egypt (2016), as the goddess Hathor. She plays Elektra in season 2 of Daredevil in 2016, and reprised the role in 2017 in The Defenders.