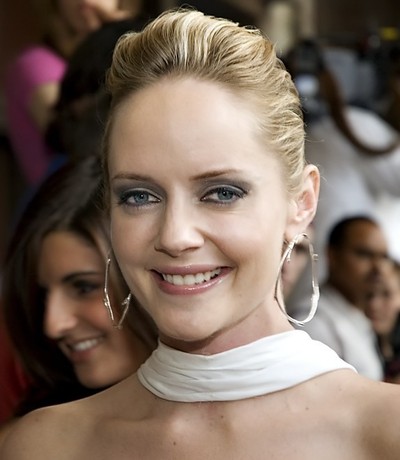 In 2001, Shelton had her first starring role in the black comedy Sugar & Spice, and appeared as one of the main characters in the teen horror film Valentine. Shelton then appeared in supporting roles in the films Uptown Girls (2003), Sin City (2005), and The Last Kiss (2006). After being cast in a significant role in Grindhouse (2007), she received the lead role in the CBS show Eleventh Hour. In 2009, Shelton starred in A Perfect Getaway and (Untitled), and subsequently had a role in Scream 4 (2011).

Shelton was born in Los Angeles, California, the daughter of Carol (née Stromme), a teacher and former singer, and Christopher Shelton, a director and producer. Her younger sister is actress and singer Samantha Shelton. She grew up in the residential neighborhood of Eagle Rock, where she attended Eagle Rock High School. Shelton attended University of California, Los Angeles, where she majored in Film and Theatre, but dropped out when she got a role in the kung-fu kiddie film Warriors of Virtue.

Shelton began acting in her late teens, and appeared in several television movies and films throughout the 1990s. She had her first film role as Roberto's girlfriend at camp in Grand Canyon. After that role, she appeared in the 1993 film, The Sandlot, playing the lifeguard, Wendy Peffercorn. In 1995, Shelton appeared in a supporting role, as former President Nixon's adult daughter Tricia Nixon Cox, in Oliver Stone's Nixon. That same year, she guest appeared in the television series Cybill episode "The Big Sleep-Over".

Shelton next co-starred alongside Lynda Carter in When Friendship Kills (1996), a made-for-television film about anorexia nervosa among teens. She appeared opposite Jennifer Love Hewitt in the romantic comedy Trojan War(1997). Shelton landed a role in 1997's fantasy film Warriors of Virtue, as Princess Elysia.

Her first major hit came in 1998 with the fantasy comedy Pleasantville, in which she portrayed Margaret, the love interest of Tobey Maguire's character. This role was followed by a number of other appearances in films aimed at a teenage audience, including her role as a member of a snobby high school clique in 1999's Never Been Kissed and The Bachelor. Lured Innocence, an independent drama, was starring Shelton and Dennis Hopper. In 2001, Shelton appeared in the horror film Valentine, alongside Denise Richards and David Boreanaz. The film was largely panned, but was a moderate success at the box office, grossing over $36 million worldwide. She also had her first starring role on screen in the black comedy film Sugar & Spice, and appeared in Bubble Boy, a comedy film co-starring Jake Gyllenhaal.

Shelton currently resides in Los Angeles, with her husband, film producer Beau Flynn, whom she married in July 2001. The couple have 2 daughters: West, born September 6, 2009 and Ruby Jeanne, born May 1, 2012.

When she is not working, Shelton enjoys travelling, and has visited countries throughout Asia, South America and Africa. She also practices a regimen of yoga and pilates.

On April 30, 2010, Shelton was arrested for driving under the influence of alcohol. She was released the next day after posting $5,000 bond. On May 21, 2010, Shelton pleaded no contest and was sentenced to two years probation and fined $240 plus penalties.