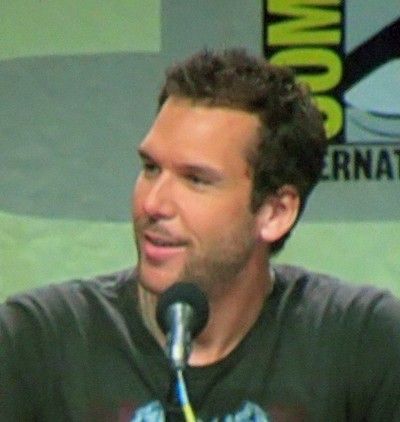 Dane Jeffrey Cook (born March 18, 1972) is an American stand-up comedian and film actor. He has released five comedy albums: Harmful If Swallowed; Retaliation; Vicious Circle; Rough Around The Edges: Live From Madison Square Garden; and Isolated Incident. In 2006, Retaliation became the highest charting comedy album in 28 years and went platinum. He performed an HBO special in the Fall of 2006, Vicious Circle, a straight-to-DVD special titled Rough Around The Edges (which is included in the album of the same name), and a Comedy Central special in 2009 titled Isolated Incident.

He is credited as one of the first comedians to use a personal webpage and MySpace to build a large fan base and in 2006 was described as "alarmingly popular". As an actor, Cook has appeared in films since 1997, including Mystery Men, Waiting..., Employee of the Month, Good Luck Chuck, Dan in Real Life, Mr. Brooks, and My Best Friend's Girl.

Cook was born in Cambridge, Massachusetts,[4] the second son of Donna Jean (née Ford) and George F. Cook. Cook has an older half-brother, Darryl, and five sisters. He grew up in a Roman Catholic family, and has Irish ancestry. Cook was raised in Arlington, Massachusetts, where he attended Arlington High School.

In 1994, Cook moved to New York City and began performing. Two years later, he moved to Los Angeles, where he still lives today. His big break came in 1998 when he appeared on Comedy Central's Premium Blend. In 2000, Cook did a half-hour special on Comedy Central Presents. Since then his special has won the Comedy Central Stand-up showdown twice in a row.

Cook began with small film roles in the late '90s, including Mystery Men as "The Waffler," and opposite Dennis Rodman in 1999's Simon Sez. In 2006, Cook starred in his first leading role as the slacker box boy Zack Bradley in Employee of the Month, which co-starred Jessica Simpson and Dax Shepard. Poorly received by critics, the film made a modest $30 million against a $12 million budget

Cook's style is principally "long-form storytelling" and "multipurpose phrases" with a casual attitude. Cook says his onstage persona is a combination of the personalities of his mom, Donna, and his dad, George. "My mother is like a Looney Tunes cartoon. She's wiggly ... She has the ability to tongue in cheek a lot, and do it in a way where she's being physical. My dad is the polar opposite. He always had a little 'what the fuck' in his voice. Even if he knew nothing about what he was talking about, he could sell it. So I looked at these two extremely funny people and created a style of comedy from absorbing their actions."

Cook has described himself as being "pretty quiet, pretty introverted, shy" as a child, although he was a "wild child" at home. He overcame his shyness in his junior year of high school when he began acting and doing stand-up comedy. After graduating from high school, he studied graphic design in college as a back-up plan in case he did not achieve success in comedy. He now designs all of his merchandise, including the cover of his album Harmful If Swallowed. Cook has stated that he does not drink nor do drugs.