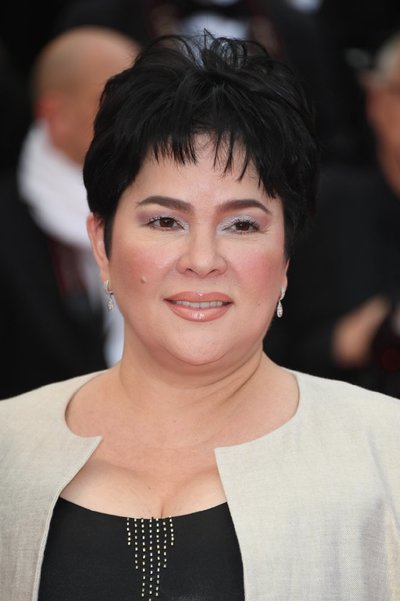 Mary Jane Santa Ana Guck, is better known by her stage name Jaclyn Jose (born March 16, 1964) and known for her memorable roles in the films, Salome, White Slavery, and Santa Juana, is a versatile Filipino cinematic and television actress who has earned critical acclaim from both local and foreign award-giving bodies.

Jose's work includes Sana Ay Ikaw Na Nga in 2002 and Te Amo in 2004. Her series Zorro aired on GMA Network. She has starred in the soaps Babalik Kang Muli and Nagsimula sa Puso.

She and actor Mark Gil are the parents of Andi Eigenmann. She is of German American descent.

Jose is also known for her notable works with actors Juan Rodrigo both in TV and film adaptations of the Primetime Soap Opera, Mula Sa Puso as the iconic Magda and 80's films such as "Hati Tayo Sa Magdamag" (VIVA Films) and White Slavery (directed by Lino Brocka) and Anne Curtis in Dyosa in 2008 and A Secret Affair.

In 2016, Jose starred in Brillante Mendoza's Palme d'Or-nominated film Ma' Rosa where she won the Cannes Film Festival Award for Best Actress. Jose was the first Southeast Asian to be conferred with the award.